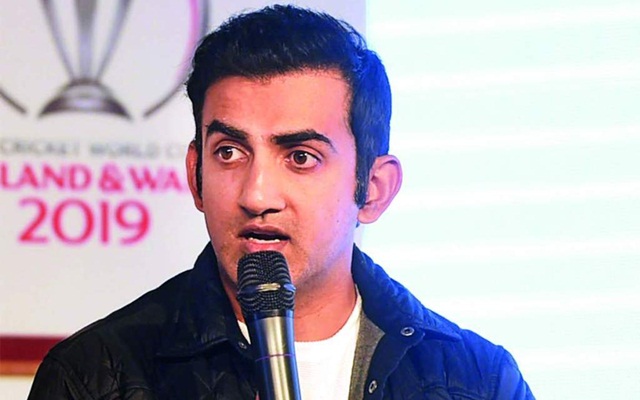 Former India opening batsman Gautam Gambhir is strongly against putting too much pressure on India’s new Test opening batsman Shubman Gill after a stellar start to his career against Australia in Australia where India clinched the series 2 – 1 despite not playing a full-strength side.

Shubham Gill was drafted into the playing XI for the 2nd Test after a disappointing performance by Prithvi Shaw in the 1st Test. Gill who played the three followings Tests at Sydney, Melbourne, and Brisbane scored 259 runs in 6 innings at an average of 60.6 including 2 fifties, his most notable knock being the 91 run knock in the 4th Innings of the 4th Test when India created history after defeating Australia at the Gabba after 33 years.

Gautam Gambhir while speaking on Game Plan said Shubman Gill has had a honeymoon start to his international career after making his Test debut in Australia and finishing the series with a series win is a monumental start for the youngster from Punjab.

“Yes, you have had a honeymoon start to your international career – it can’t be better than this. Playing in Australia, winning the series with a young side – you have done really well,” Gambhir said on the Star Sports show ‘GamePlan.’

Gautam Gambhir further added how Shubman Gill should not be pressurized and shall give his own time to develop his game at the international level. Forcing plenty of expectations on him will end up pressurizing him leading to a downfall in his performance.

“You have batted beautifully, no doubt about it, but let’s give him time as well and let him develop on his own rather than putting too much of pressure and too many expectations on him.”