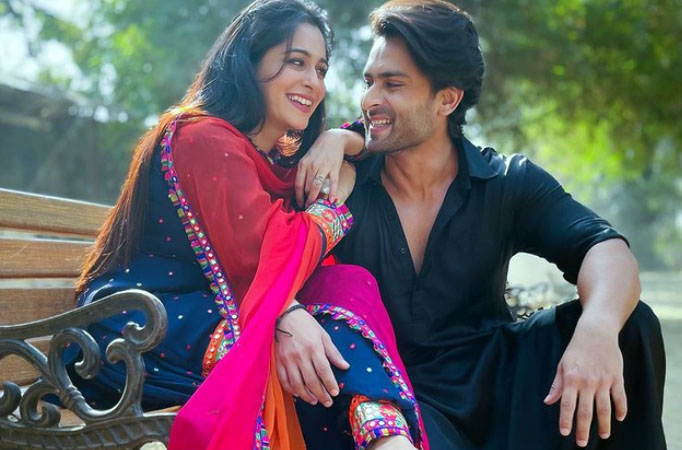 Now, after all these years, they will reunite on-screen and romance each other in a music video. “We did get a few offers in the last few years, but they weren’t meaty enough.”, Dipika said by adding, “Both of us are choosy, so we didn’t want to do just anything. I felt that this song ‘Yaar Dua’ by Mamta Sharma was the right choice for us to make a comeback.”.

Shoaib added, “Though our pairing was appreciated in our TV serial, we didn’t get an opportunity to do another show. So, it was nice to work together again.”.

The couple met on the sets of SSK almost a decade ago and fell in love. After dating for four to five years, they tied the knot in 2018.

Talking about the difference between working together then and now, Shoaib said, “When we shot for SSK, we were getting to know each other and had to rehearse a lot. But while shooting for this music video, it was effortless. Our chemistry hasn’t changed over the years because it stems from a strong bond.”.

Dipika added, “Between us, he is the sober one. While I keep laughing and cracking jokes, he listens and then reacts.” She further said, “Since we also make a lot of funny videos, I was apprehensive if we would be able to complete the song without laughing at one go. But, thankfully, we managed.”.

Shoaib and Dipika, who are active on social media, have faced their share of trolling as well. So, how do they deal with it? Shoaib revealed, “I have always believed that after God if anyone is important, it is my family. So, if they are not okay, then I make it a point to protect them. I have never paid any heed to negativity on social media, but if it goes beyond a limit, I try and give a befitting answer. Having said that, I do feel that there is a lot of goodness around, and most people are supportive and positive. Both Dipika and I are responsible and mature people who handle such things quite well.”.

Also Read: Lahore Confidential: Here is what Richa Chadda has revealed on his character in this spy thriller