Liberia: Rising fear and insecurity ahead of polls 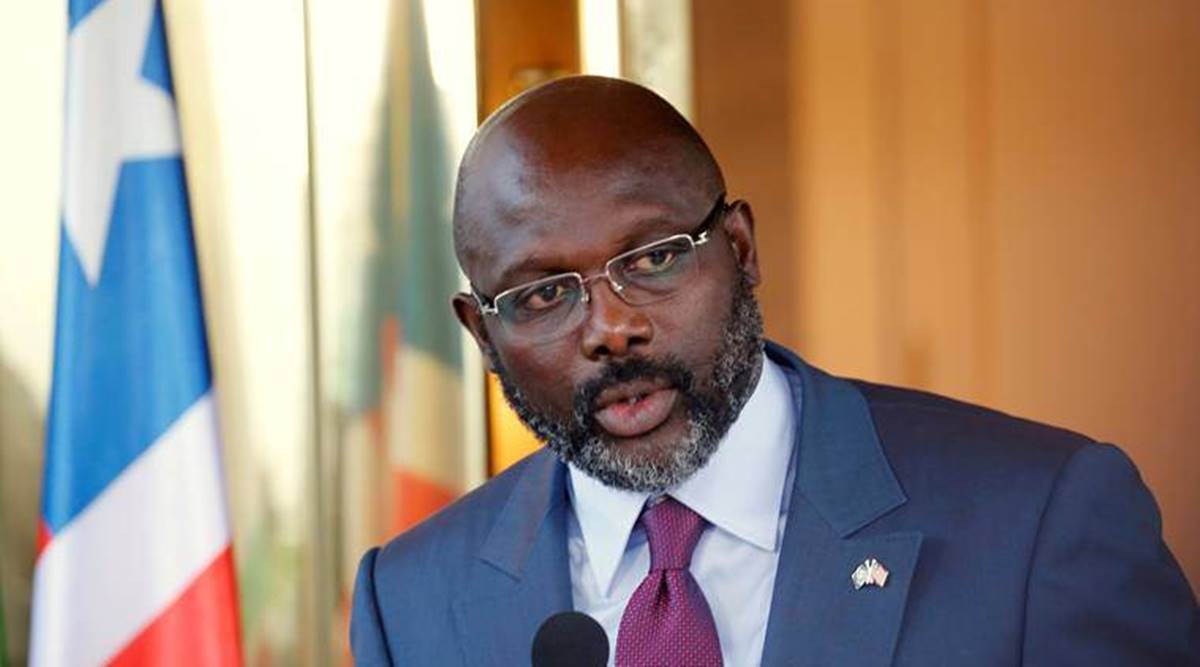 
Faced with his countrymen’s worries, President George Weah recently suggested installing CCTV cameras in their homes to protect themselves against violence. (File)

The deaths of four government tax officials under unexplained circumstances are at the core of a growing sense of insecurity and dread among the population, political analyst and journalist Henry P. Costa told DW. Not least because it is known that the victims of the mysterious October killings were investigating state corruption.

The government has not disclosed the results of the autopsies, “which is fueling the suspicion, in fact, the near belief, that government actors actually carried out these killings. Because who else would have any motives for killing auditors, who only audit government actors?” Costa asked.

Recently, journalists have also been increasingly targeted by violence and, like Henry P. Costa, forced to flee the country. He risks being arrested for what he says is a “frivolous charge” of forgery if he dares to go home. “It is the practice now; it is the modus operandi: journalists get beaten, they get assaulted, physically, verbally, and nothing happens,” Costa told DW. This is the case even when, as happened recently, the unprovoked aggression by senior police officers is captured on camera.

An ambiance of “fear and terror”

Citizens are none too happy with their president. Mulbah Yorgbor told DW that “fear and terror” have gripped the country. “People are dying mysteriously, and there’s no closure to family members of the deceased, and the government has shown no will even to arrest perpetrators of these crimes,” he said.

Faced with his countrymen’s worries, President George Weah recently suggested installing CCTV cameras in their homes to protect themselves against violence. Some regarded this as a flippant reaction to well-founded fears.

“It’s very bad for Liberians to be their own security. In Liberia, we have the police to be our security. We, the poor, don’t have CCTV in our homes. How are we going to manage?” asked Monrovian Lucia Cooper.

The rule of law

Political scientist Thomas Kaydor from the University of Liberia shares the citizens’ concerns. “The state is the one that takes care of the security and well-being of its people,” he said. The comment by President Weah is reason enough for Weah to to resign, “because he took an oath to protect the security of the state,” Kaydor said.

The analyst added that the president’s statements were tantamount to calling on people to take justice matters into their own hands. “What you might be moving into is that you are telling citizens to break the rule of law,” he told DW.

Henry P. Costa does not believe the government of President Weah is very interested in the rule of law. Liberians are going to the polls on December 8 to elect a new Senate. “The president’s reelection chances are riding on this [poll], he knows it. Particularly in Montserrado County,” Weah’s former stronghold, where his Coalition for Democratic Change (CDC) lost a by-election in July 2019.

Intimidation as part of the plan to win

“They are spending a colossal amount of money to try to win it. They are also intimidating the population,” Costa said. An attempt to obtain instant police training for 150 loyal CDC members ahead of the elections was foiled by the commander of the training academy, who refused to circumvent the rules.

“They wanted these people to be trained and armed in the police force within one month, of course, because of the upcoming elections,” the analyst said, adding: “It is scary. Because it is all out in public. The government didn’t deny it.”

Former football star George Weah galvanized the country with promises of fighting corruption, promoting the economy, and strengthening democracy, all of which led to his election victory in 2017. He is now widely perceived to have failed to reach all his ambitious goals. Henry P. Costa goes further: “He promised to fight corruption, but then he himself became the embodiment of corruption.”

Amid rampant corruption and dire economic prospects for the majority of the population, 53-year-old Weah and his government have become more unpopular. According to Costa, increased violence is a product of the fear of being driven out of power. “So you can see that the insecurity, the reign of terror, is being instigated by the state.”

To no avail, Costa believes. “If anything goes haywire, it affects them more than ordinary people. They have too much to lose, but they don’t seem to realize it,” the analyst said.

Evelyn Kpadeh in Monrovia contributed to this article