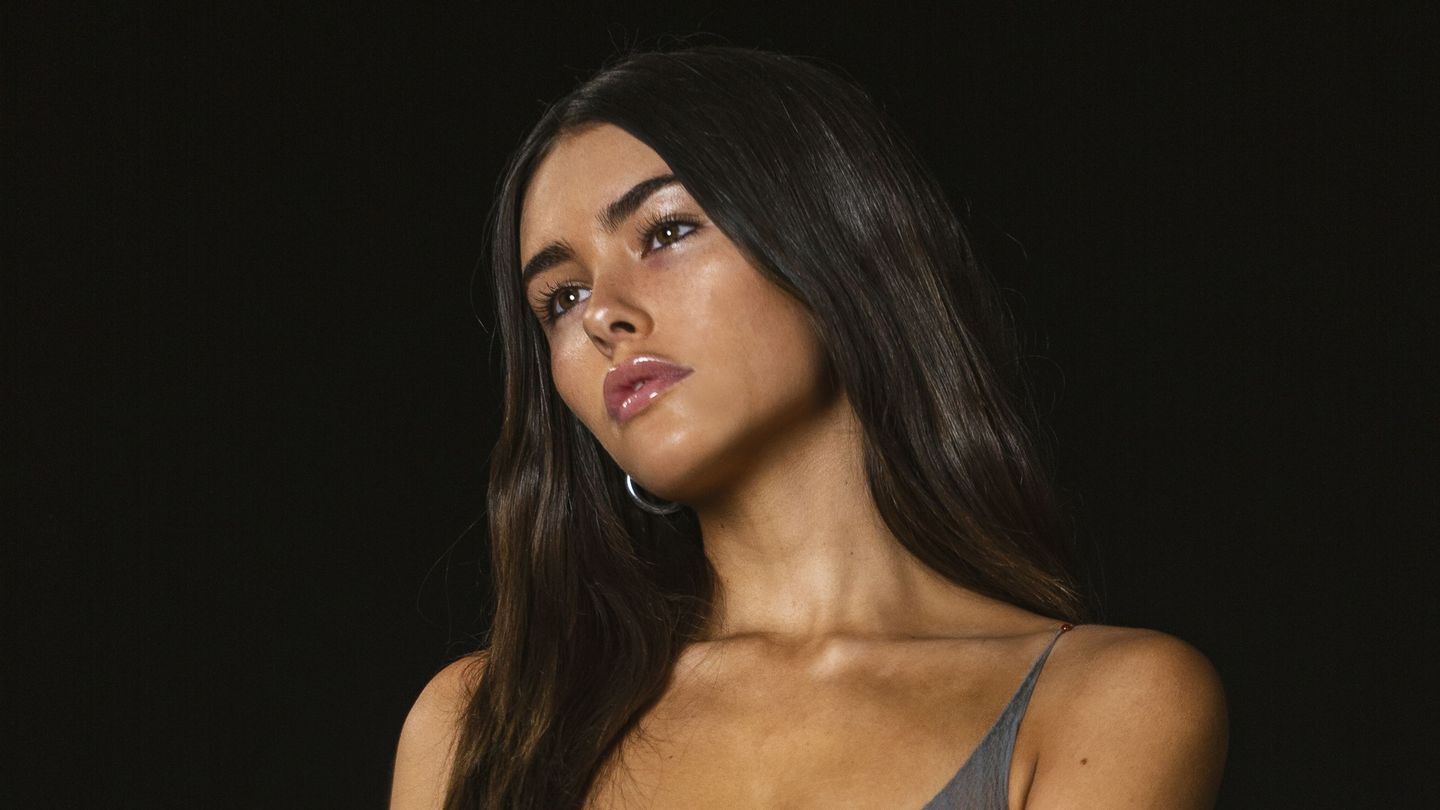 As the musician’s star began to rise, Madison Beer had imagined a huge, extravagant party would toast the release of her debut album, Life Support. But even before the coronavirus pandemic postponed its arrival nearly a year and prohibited such gatherings for the foreseeable future, she had already changed her mind about the grand soiree. “I don’t think I want to celebrate my album with a bunch of people who couldn’t really give less of a shit whether I have music out or not,” Beer, MTV’s March Push Artist, says. “They just want a reason to party.”

When the album dropped at midnight on Friday (February 26), Beer celebrated instead with a small pod of the people to whom she’s closest: her manager, her Life Support co-writing team, and a couple of friends. (“By a couple of friends I mean, like, two, ’cause I only have like two friends,” she says with a laugh.) Her preference for an intimate gathering may come as a surprise, as a young celebrity whose life is regularly on display to over 22 million followers, but it compliments the vulnerable material of the album. It’s been a long road to Life Support for the 21-year-old artist, complete with an intense mental health journey and many fights for her artistic freedom.

After posting a cover of Etta James’s “At Last” on YouTube when she was 13, Beer landed a deal with Island Records and put out a string of bubblegum singles, like 2013’s piano-driven tween bop “Melodies.” Those early tracks won over her large online following, but the music was a far cry from the soulful taste reflected by her YouTube covers. She felt like a “cash cow,” parting ways with the label in 2017 in search of a new direction. The following year, she independently released As She Pleases, a collection of R&B-laced tracks including the Gold-certified anti-hookup anthem “Home With You.” Despite co-writing the majority of the project, Beer still wasn’t putting out the music she wanted to make.

In 2019, she signed with Epic Records and began working on Life Support, determined to retain full creative control throughout the process. Co-writing and co-producing the entire record, it’s far more representative of Beer’s personal taste than any of her previous material, spanning pop, alternative, and electronic sounds inspired by Lana Del Rey, Tame Impala, and Daft Punk. Prefaced by singles including the sweeping, emotional ballad “Selfish” and infectious, sultry banger “Baby,” it’s an eclectic body of work that showcases Beer’s powerful vocal chops and impeccable songwriting skills. If you’ve ever mistaken her for a social media star with a music career on the side, think again.

MTV News: How did you set out to create this album differently from your previously released music?

MTV News: You’ve spoken about feeling like your previous record label wanted to place you in a bubblegum pop mold, and you even felt like a “cash cow” at times. Now, you’re putting out this record where you co-wrote and co-produced every song, and you handled creative direction on every video. What does it mean to you to now have full creative control over your work?

Beer: It’s everything to me. I get really emotional — even when you started asking me that, I started tearing up a bit. I felt like I was never going to be able to actually release stuff that was me, or that felt good. I was like, “Is this what being an artist is? Is every artist just not themselves?”

It was so tough, and I had to fight so hard for so long to get to where I am now. Even with “Selfish,” with all love and due respect to [Epic Records], they didn’t want “Selfish” to be a single. They were just like, “We think that this one would be better,” and I was like, “I’m sorry. I want ‘Selfish’ as a single.” I’m so glad now, looking back, that I fought so hard for it. I feel like that song has so heavily impacted so many people.

MTV News: It must feel pretty validating now that “Selfish” is your fastest single to be certified Gold by the RIAA.

Beer: Yeah, extremely. It’s hard going against such powerful executives. It’s pretty intimidating considering with a snap of their fingers they can be like, “OK, bye Madison Beer. See you later.” I was scared, but I’m so glad that I fought for it. I think that it definitely has given me a bit of jurisdiction to have more creative control and push for what I feel is right.

MTV News: Which track was the most difficult to finish?

Beer: “Selfish” was the first of the emotional, vulnerable songs, but then “Effortlessly” was just a tough day. That day was pretty close around the time that I was really suicidal and pretty much 5150’d. I was just in a horrible place, and I remember I couldn’t even form a sentence. I just think back to that time, and… Sorry, I’m trying not to cry. It was a lot for me.

I remember being in the studio that day, and just talking for hours with my team about how I took the simple things for granted, [like] being able to smile without having to force it. I remember I said, “I used to do all these things so effortlessly,” and [a co-writer] was like, “That’s a really dope song concept,” and then [we] started writing about it. Immediately, it was one of my favorite songs that I’d ever made. It’s my dad’s favorite. It’s an incredible song. I love it so much, but yeah, it was a tough, tough, tough day for me.

MTV News: You’ve been incredibly open about your journey with mental health, especially your diagnosis with borderline personality disorder. Is it scary to share that with the world, especially with how quick people can be to judge online?

Beer: Yeah, my platform has felt more like a chopping block in the past. I sometimes feel like people seek out a reason to hate on me or be mean to me. The first thing I really opened up about was my self-harming journey [when] I was a year clean, and that was scary. It was really hard for me, because I’ve been conditioned by the public, and the media or whatever, that I am gonna be canceled or hated for anything I say. I question everything all the time.

When I opened up about having BPD, as much as people have been super encouraging, kind, and caring towards me, I’ve also literally seen text messages of people I thought were my friends being like, “No wonder she’s so crazy. She has BPD.” I saw a message from a girl who I used to be friends with who basically said that I’m a manipulative person with no soul because I have BPD. I was like, “Wow, that’s shocking to read.” On social media, I’ve seen the same kind of stuff.

I’m like, you guys have no idea what you’re talking about. It’s actually really offensive and so wrong to just assume that you know things because you did a little Google search. First of all, BPD, and any type of mental disorder, is completely different for everybody. Everyone goes through different things, and so it’s been really tough. There’s such a stigma around mental health.

MTV News: You gained your following from a very young age, but music has always been at the forefront for you. Have you ever felt like your social media presence has overshadowed your artistry?

Beer: For a long time I really did feel like people were [focused on my online presence, which] I didn’t value as much, and I feel like I was guilty of it. I was the one feeding the beast of social media and growing my following, but that’s because I was hopeful that, one day, I would have a big enough following that I’d be able to push my music. So now I feel like it’s kind of paid off, and it’s great, but I feel like for a while it was a bit of a double-edged sword.

MTV News: What do you want your fans to take away from this album?

Beer: I hope it just provides healing, help, and a sense of light in any way that it can, and [that it] makes them feel something, whether it’s happy, or they want to dance to it, sing to it, or whatever it might be. I just want them to feel comforted or helped by this album.

MTV News: Looking back from where you are now, what advice would you give to your 13-year-old self posting covers on YouTube?