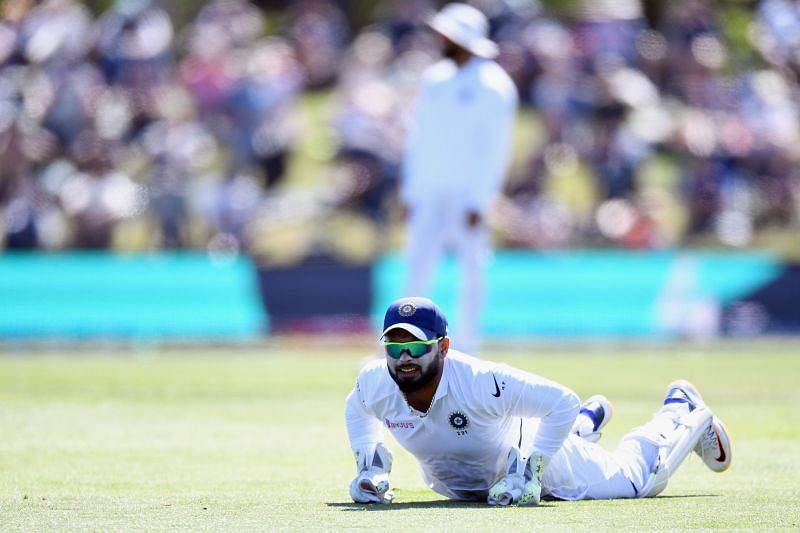 Former India wicketkeeper Saba Karim has defended Rishabh Pant’s wicketkeeping abilities. In this regard, he drew parallels with MS Dhoni,saying the latter was ‘not up to the mark’ skills behind the stumps when he first broke into the national side.

Saba Karim opined that wicketkeeping is all about confidence, and critics have been harsh in assessing Rishabh Pant’s skills behind the stumps.

During an interaction with Indranil Basu on SK Live, Saba Karim said:

“We, at times, are very harsh in assessing Rishabh Pant’s keeping. It’s a skill you acquire as you grow in confidence. Wicketkeeping is all about confidence, and the best part about Rishabh Pant is that it’s his batting ability that will help him grow as a wicketkeeper.”

His unbeaten 89 in the fourth innings of the final Test helped India breach Australia’s Brisbane fortress, a venue where they hadn’t lost in 32 years. However, he was constantly under fire for a lacklustre show behind the stumps.

Rishabh Pant’s wicketkeeping will improve as it did for MS Dhoni: Saba Karim

MS Dhoni set the stage on fire with the bat when he arrived in international cricket. However, his wicketkeeping skill was still a work in progress. After establishing himself as a premier batsman, he gradually evolved to be a world-class wicketkeeper

Drawing parallels between a young MS Dhoni and Rishabh Pant, Saba Karim said about the left-hander:

“When MS Dhoni first came into the Indian team as a wicketkeeper-batsman, his keeping ability was not up to the mark. It was his batting that benefitted his keeping. Once he cemented his place in the side through his batting exploits, he realised that he could improve his keeping skills.

Observing that Rishabh Pant needs to work on his wicketkeeping technique, especially against spinners on turning tracks, Saba Karim urged everyone to give Pant some time to evolve. He said in this regard:

“If you are batting well, it will help your wicketkeeping. They complement each other. In days to come, we will see the same with Rishabh Pant too. Having said so, he needs to work more on his technique, especially against spinners. R Sridhar is quite an accomplished coach, and I am sure he must be working closely with Pant. We need to give him some time.”

Rishabh Pant has been named in the Indian team to take on England in a four-match Test series starting next month in Chennai. Whether the left-hander continues to don the wicketkeeping gloves or plays as a specialist batsman remains to be seen though.

“Like Rishabh Pant, MS Dhoni’s wicketkeeping wasn’t up to the mark when he started” – Saba Karim

X
Is the Rangers’ 2020 No. 1 overall pick, Alexis Lafreniere, butt?…SportsAlexis Lafreniere may or may not be butt. It is too soon to say.Illustration: APEven with the delayed start to the season, and the much-discussed weir…
close