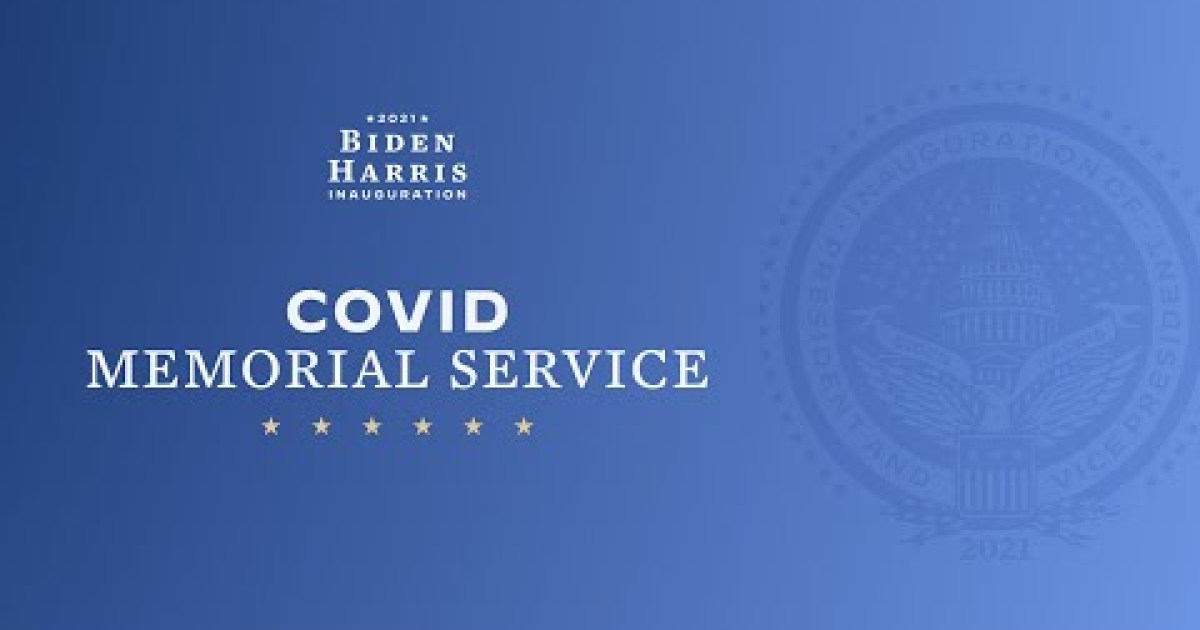 A salve came in the form of light: President-elect Joe Biden and Vice President-elect Kamala Harris on Tuesday evening illuminated the Lincoln Memorial reflecting pool in Washington, turning it into a small sea of light honoring the 400,000-plus Americans who have died from COVID-19.

Their actions are part of a nationwide memorial hosted by the Presidential Inaugural Committee, which invited all Americans to join in the remembrance.

The event was livestreamed on CBS News.

Individuals were invited to ring bells at 2:30 p.m. Pacific or light candles in their windows. Select buildings in cities across the country were to be bathed in amber light. That included Los Angeles City Hall and the towering LAX Gateway Pylons.

The Los Angeles County Museum of Art said it would join in, flipping on Chris Burden’s “Urban Light” installation at 2:30. It typically lights up at dusk, as it’s solar powered.

As of Tuesday, President Trump’s final full day in office, U.S. coronavirus deaths were nearly equal to the number of Americans killed in World War II. The event today will be the first lighting of the Lincoln Memorial reflecting pool, the official inauguration website said.

“We invite Americans across the country to come together for a national moment of unity and remembrance,” the inaugural committee said.