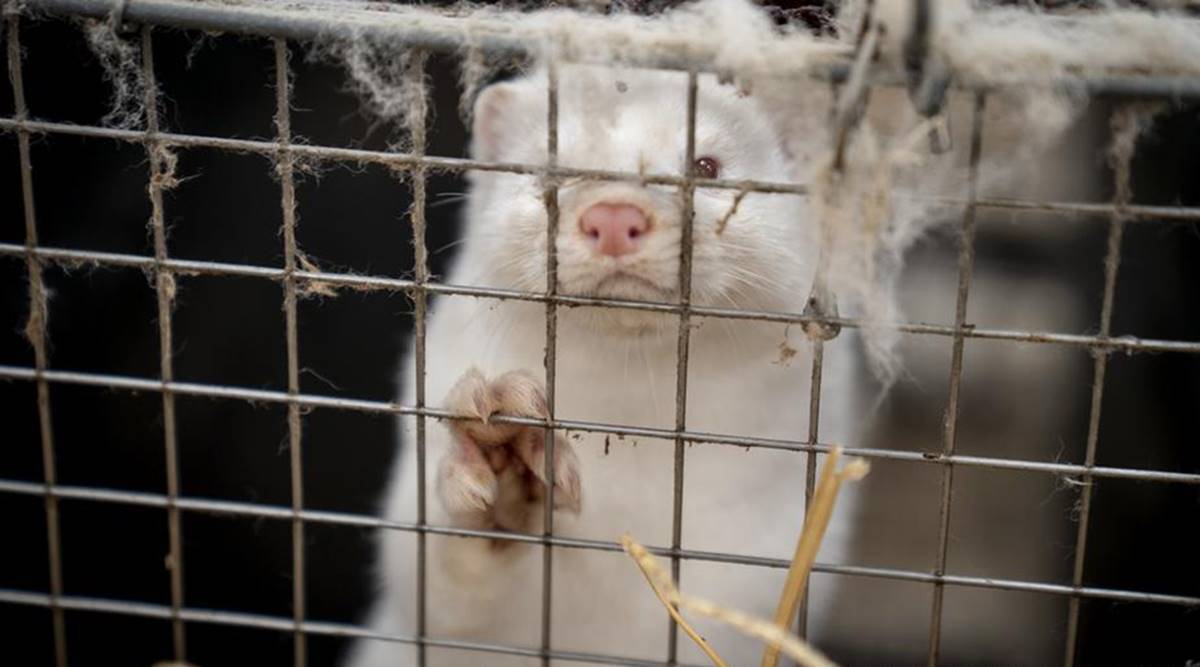 
Agency head Darius Remeika said the viral source was possibly a worker at the mink farm in Lithuania’s central Jonava region who had tested coronavirus positive.

Lithuania’s veterinary agency said “dozens” had been killed among 60,000 mink at a sole farm infected so far, 100 kilometers (60 miles) from Vilnius, but a mass Baltic cull like Denmark’s was not planned.

Agency head Darius Remeika said the viral source was possibly a worker at the mink farm in Lithuania’s central Jonava region who had tested coronavirus positive.

The SARS-CoV-2 virus afflicting humans in the worldwide pandemic is also feared because of potential zoonosis — viral spreads from species to species, and pathogen mutations.

Lithuania has 86 mink farms raising 1.6 million furred specimens. At the affected Jonava farm, 169 mink had died suddenly, a further 22 were found to be infected and 40 would be culled, said the agency.

The Baltic nation of nearly 3 million people declared 2,104 new coronavirus cases on Thursday, with 449 deaths and 53,757 confirmed infections since early 2020.

So far, 10 million of Denmark’s 17 million minks have been culled, including those of the family, which lost its entire herd, on fears that a new coronavirus strain could compromise the efficacy of vaccines.

Last week, Agriculture Minister Mogens Jensen resigned amid political tumult after an internal probe found the government had not had sufficient legal basis to order the mass cull.

“It has been emotional for them, and … Sorry. It has for me too,” said Frederiksen, adding mistakes had been made and it was not the fault of breeders.

“It is because of corona,” she said, expressing a “small light” of hope that the Danish mink fur export sector — the world’s largest, and employing 6,000 people, would somehow recover.

Underscoring the horror, a “few hundred” gas-bloated mink cadavers buried in an improvised mass grave had re emerged at Holstebro in Denmark’s Midtjylland region, the Danish veterinary agency disclosed Thursday.

They had been reburied, said agency spokesman Jannika Elmegaard as social media carried photos and videos of the ghastly sight on a Holstebro military training field

Denmark’s public broadcaster DR said the cadavers had been insufficiently buried, under only 100 centimeters of sand, instead of at least 150 centimeters recommended by the Danish Environment Ministry.

“To avoid [further] potential problems for animals and humans the area will be monitored 24 hours a day until a fence is put up,” stated the ministry.

Poland’s Agriculture Minister Grzegorz Puda on Thursday contradicted Danzig’s Medical University, which on Tuesday had said the coronavirus had been identified in 8 minks at a breeding farm in the country’s western Pommern district.

That had not been confirmed by Poland’s veterinary institute at Pulawy, southeast of Warsaw, said Puda, adding only results from this laboratory were recognized.

Poland has 840 fur breeding farms of which 340 cultivate mink.

Mink infection cases in recent weeks include Sweden, France, and the Netherlands.

RHONJ Recap: Joe Goes Off On Teresa About Her Ex-Husband Dividing Their Family &...