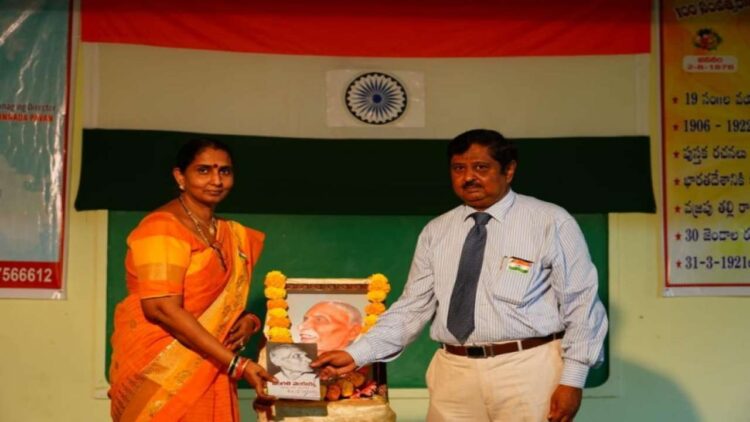 Though we are celebrating 75th year of Independence, it is exactly 100 years today since our Tricolour (National Flag) came into existence. It was on March 31, 1921, when our National Flag designer Pingali Venkayya from Andhra Pradesh first designed the flag.

However, there are a few unknown facts about our National Flag and of Pingali Venkayya. In an Exclusive conversation in Hyderabad, Pingali Venkayya’s grandson Ghantasala Gopikrishna discloses these facts.

When and why Pingali Venkayya decided to make a National Flag for the country:

At the age of 19, Pingali Venkayya went to South Africa to fight for British Army as India was under their rule. And in South Africa, a British army officer made all the soldiers from the countries where Great Britain ruled salute Union Jack ( British flag ) by force. Pingali Venkayya did not like it and on that very day he decided that he will make a flag of its own for India.

How did Ashoka Chakra replace Charkha:

When the flag committee met on July 14, 1947, it was felt that “Charkha” ( weaving wheel ) looked different from sides and hence it was decided to use Ashoka Chakra ( a wheel with 24 spokes ). The 24 spokes indicated 24 states in the country at the time of Independence.

Pingali Venkayya did not ask money from anyone till his death. He also remained away from politics though he was known to all the Congress stalwarts before and after Independence. Just few days before his death, some rice miller’s association members in Vijayawada felicitated him and gave some money as token of gratitude. That’s about it.

Pingali Venkayya died on July 4, 1963. His last wish was to wrap the tricolour on his body which was fulfilled.