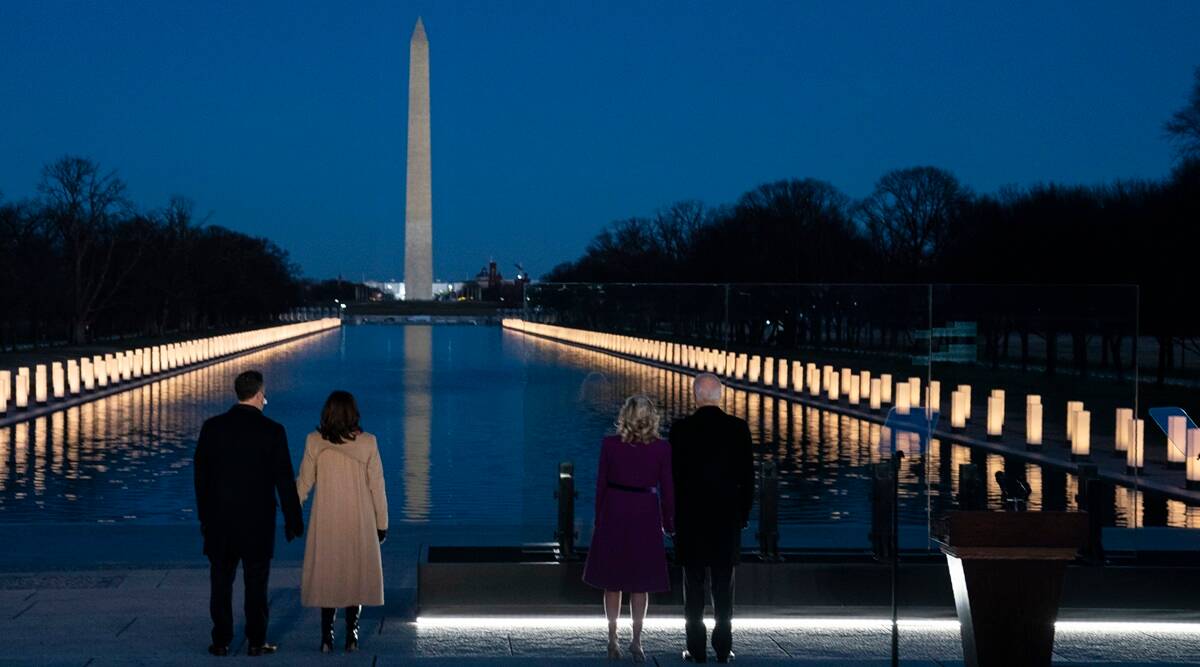 Final preparations are made ahead of the 59th Presidential Inauguration at the U.S. Capitol in Washington, Tuesday, Jan. 19, 2021. (AP Photo: Carolyn Kaster)

Due to the pandemic, Wednesday’s celebrations have been dialled down. The event, which is expected to begin at around 8.30 am IST, will feature a first ever live stream for “young Americans”.

After the live stream, Biden and Harris will oath of office, following which the newly-elected President will deliver his inaugural address. Biden will lay out the vision for his administration over the next four years. He will elaborate on his plans to fight the Covid-19 pandemic, strengthen the economy and unify the nation.

The ceremony will be followed by America’s long standing tradition of the ‘Pass in Reviews,’ where the military will reflect the peaceful transfer of power to a new Commander-in-chief. President-elect, First Lady, Vice President-elect, and Second Gentleman will participate in this event.

Joe Biden is set to receive a Presidential Escort to the White House, which will represent all branches of the American military.

The official ceremony will conclude with a “Parade Across America,” that features communities from across the nation and their performances. The parade will be televised at all the major American networks.

The day will come to an end with a bonus 90-minute prime time programme, “Celebrating America,” hosted by Tom Hanks that will include interactions with Biden and Harris. This would also feature John Legend, Ant Clemons, Jon Bon Jovi, Eva Longoria, Demi Lovato, Bruce Springsteen, Justin Timberlake and Kerry Washington.

How you can watch Joe Biden inauguration ceremony

The inauguration ceremony will be aired at all the major US networks, including ABC, CBS, CNN, NBC, MSNBC, and PBS. It can also be streamed live on https://bideninaugural.org/watch/ and Amazon Prime.