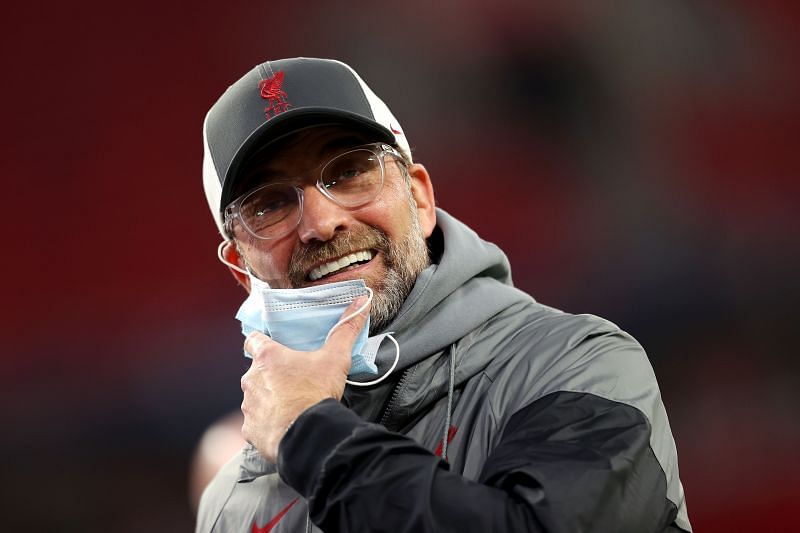 Ibrahima Konate has dismissed rumours linking him with Liverpool, insisting that he is only focused on playing for the Under-21s Euros with France before returning to RB Leipzig.

The French defender rose through the ranks at Sochaux before he joined RB Leipzig in 2017. Since then, the youngster has caught the eye with his assured performances at the back for the Bundesliga side.

His teammate Dayot Upamecano has grabbed the limelight in the last 12 months, earning a move to Bayern Munich. And with Liverpool tipped to steal Konate away in the summer, the Frenchman has shed light on the same.

Konate, who is currently playing with France at the U-21 Euros in Hungary, is trying to ensure his team’s passage beyond the competition’s group stages. Speaking to L’Equipe, the Liverpool target said that he simply wants to be left alone while also insisting that he does not keep track of any transfer rumours.

“I woke up; I saw my phone ringing all over the place. I just wanted to tell them, ‘Hey, I played yesterday, I’m tired, leave me alone’. Frankly, I don’t even watch this. We can’t focus on that; there are the Euros and then my return to the club. You have to focus on that and not on the external things” said Konate.

Ibrahima Konate on links to @LFC:

“I woke up, I saw my phone ringing all over the place. I just wanted to tell them, ‘Hey, I played yesterday, I’m tired, leave me alone.'” #awlfc [l’equipe] pic.twitter.com/ZA4tjhycEx

Liverpool attempted to secure the Frenchman’s services in January but were left frustrated with the valuation of the player.

With injuries to key central defenders wrecking their season, Liverpool eventually settled on a loan deal for Schalke defender Ozan Kabak and bought Ben Davies from Preston. However, Jurgen Klopp is tipped to reinvest in a defender this summer, with Virgil van Dijk’s injury revealing the fragility of the Liverpool defence.

Liverpool want a long-term solution to their defensive woes

Liverpool have seen their title defence evaporate midway through the season due to a string of injuries to their backline.

Apart from Virgil van Dijk, Liverpool are also missing Joe Gomez and Joel Matip, both of whom are not expected to return this season. Moreover, captain Jordan Henderson, who played as a makeshift centre-back, is also sidelined at the moment.

Liverpool are interested in Ibrahima Konaté, as @David_Ornstein reported today. He’s one of the targets in Liverpool centre backs list, but it’s not done/signed yet.

Even though the Reds invested in temporary cover for their defensive woes, it is believed that Klopp is eyeing a long-term solution in the summer.

And Liverpool believe Konate could be the man to help them mount a title challenge next season. It remains to be seen if the Reds manage to get their target come summer.