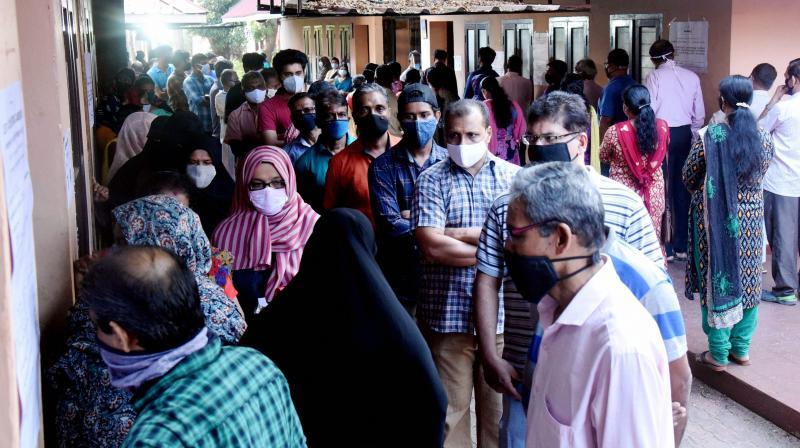 Thiruvananthapuram: All is set for counting of votes in local body polls in Kerala on Wednesday which in many ways would chart the future course of politics in the state in the run up to assembly polls in 2021.

State Election Commissioner V Bhaskaran said counting of votes will take place in 244 centers complying strictly with Covid safety guidelines. The postal ballots will be counted right in the beginning followed by EVMs.

He said the results of all local bodies are expected to be declared by noon. The people would be able to obtain rel time information on counting through “Trends” website.

Mr Bhaskaran said the swearing in of the newly elected office bearers of local bodies will take place on December 21.

The results of local body polls are crucial as the people’s verdict would give a hint about what is in store for the mainstream parties – ruling CPM, opposition Congress and BJP. The leaders of the three fronts are keeping their fingers crossed on the outcome of the polls in view of the high voter turnout witnessed in all the three phases.

While chief minister Mr Pinarayi Vijayan claimed that the ruling LDF was poised for a historic win, opposition leader and  Congress veteran Mr Ramesh Chennithala said the massive turnout of voters indicated a clear mandate against gold smuggling involving a senior official of the chief minister’s   office, corruption, maladministration and negativity of the government. The BJP state president K Surendran claimed that his party would spring quite a few surprises for two principal fronts across many districts.