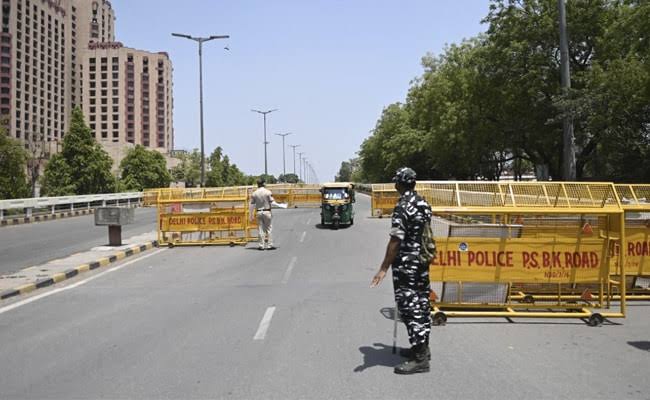 As Delhi continues to battle rising COVID-19 cases and acute oxygen supply shortage, Delhi CM Arvind Kejriwal extended the 6-day lockdown by another week. Earlier in the day, twelve patients including a doctor in Delhi’s Batra Hospital died due to shortage of oxygen supply. Delhi – the worst-affected city has 99,361 active cases, 10,33,825 recovered cases and 16,147 fatalities.

On April 20, Delhi CM Arvind Kejriwal announced a 6-day lockdown in the national capital amid rising COVID-19 cases. As per the state guidelines, people’s movement has been restricted with an exception of those going for COVID testing, vaccination, people travelling to and from public bus stations, trains and airports and those classified as essential services.

While the Centre and Delhi govt have blamed each other for the ongoing oxygen crisis in the national capital, Railways has started ‘Oxygen Express’ to transport liquid oxygen to the states via green corridors. These trains have already begun to arrive at UP, Maharashtra, Andhra from Odisha, Jharkhand and others. Delhi, which has increased its demand to 900 MT oxygen per day has been allotted only 480 MT by Centre. Delhi has demanded the Centre’s help in procuring more oxygen, accusing UP and Haryana of obstructing its supply and expressing inability to procure tankers.

The Delhi HC has warned the Centre with contempt proceedings if oxygen quota of Delhi (490 MT) is not met with, tasking Centre wit arranging tankers for Delhi. Except for nine sectors, the supply of oxygen for industrial purposes by manufacturers and suppliers has been prohibited from April 22 as a temporary measure.