‘Look, me in a skirt,’ writes Suhana Khan as she shares a new picture 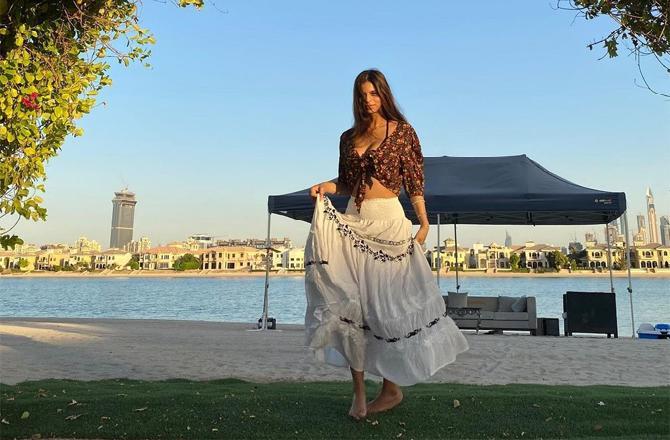 Suhana Khan never fails to impress fans with her Instagram pictures. Ever since she has made her Instagram account public, fans have been enjoying her posts and pictures. Some of them are selfies, candid clicks, and moments with her friends and family.

Her latest one is a gorgeous picture where she poses against a stunning background and her caption reads- ‘look, me in a skirt.’ [SIC] Have a look at her post right here:

For the uninitiated, Suhana Khan is also passionate about belly dancing and has been taking online lessons to ace the art. Suhana did not let her passion fade away due to COVID-19. She was often seen brushing up on her skills virtually while spending time at home.

She also shared a post on colourism, misogyny, and the double standards of the society. She had shared- “Misogyny is not only conscious hate towards women, but it’s also subconscious conditioned hateful behaviour towards women. You don’t have to consciously think you hate women, but ask yourself why when a woman does something you feel more triggered than if it was done by a man?” Suhana has been learning acting in New York and has already made her debut with the short film, The Grey Part of Blue.

Also Read: Gauri Khan On Suhana’s Colourism Post: Proud Of Her For Standing Up For Herself

Coming to her father and Bollywood superstar Shah Rukh Khan, the actor was spotted at the Gateway of India. He was on his way to the Alibaug farmhouse. It’s been a while since he visited the beachside place due to the lockdown. King Khan, who has been growing his mane for his upcoming film, Pathan, made sure to conceal his character’s look in a hoodie.

Speaking of Pathan, Deepika Padukone has reunited with Shah Rukh Khan for the film in what is their fourth collaboration. “The team is filming at Yash Raj Studios in Andheri, where a huge set has been erected,” revealed a source to mid-day.