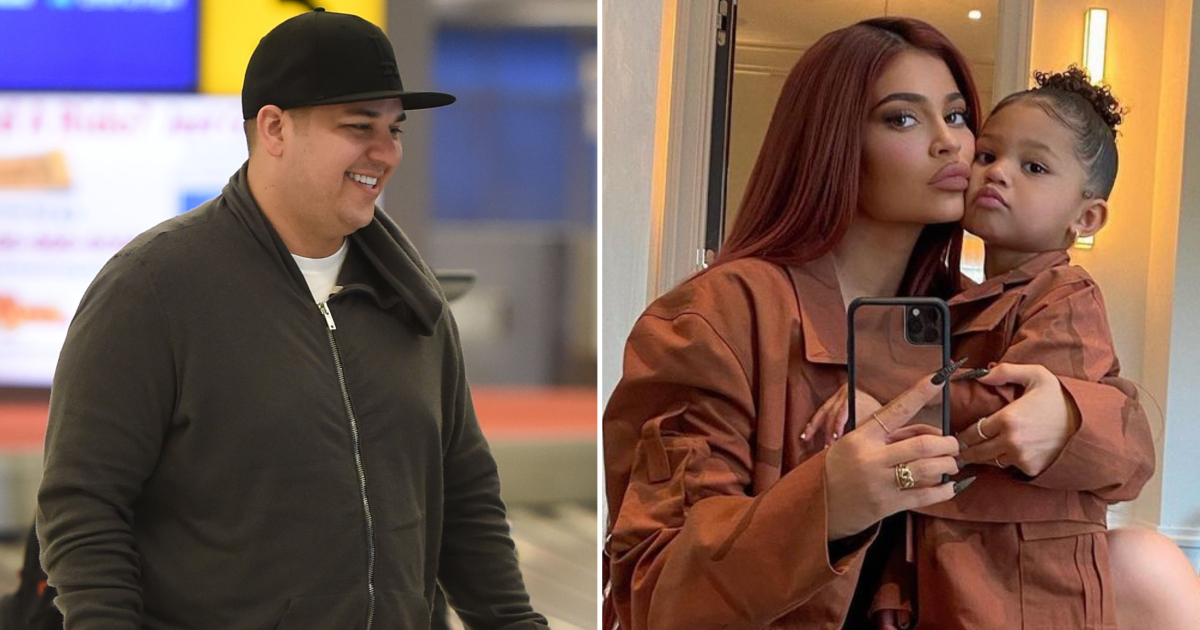 “Happy Birthday, STORMI,” the proud uncle, 33, gushed in the caption of the snuggly snap. In the comments, mom Kylie Jenner wrote, “Uncle Bob” with several tired face and heart-eyed emojis.

The Keeping Up With the Kardashians star had his arm tattoos on full display and rocked a tie-dye T-shirt. Meanwhile, the toddler, who celebrated her third birthday on Monday, February 1, wore a blue and orange outfit with her hair in a bun. Such a fashionista!

The Arthur George sock founder previously removed himself from the spotlight — following his splits from Adrienne Bailon and Rita Ora — but has slowly been resurfacing on social media. He garnered a lot of attention after showing off his slimmer figure during sister Khloé Kardashian‘s birthday party back in June 2020.

Afterward, KoKo, 36, spoke out about how proud she was of her sibling and admitted it brought her joy to see he was “feeling himself.”

“He’s so handsome, he’s such a good person and I just love him,” the Good American founder told E!’s Daily Pop in July about their close relationship. “And I love that he’s getting a positive response because it’s just gassing him up more. It makes him feel really good and confident. That’s all I want for my brother.”

A source told Life & Style the dad of one to daughter Dream has drastically changed the way he eats.

“Rob has a trainer, but he’ll be the first one to tell you that he doesn’t always commit. He still struggles, but food is where he’s been making some great strides,” they divulged. “He still loves In-N-Out Double-Double burgers and fries, but he’s really cut back. He’s all about salads and fruits, fish and chicken, walking on the treadmill.”

The insider added that “running after his daughter Dream is the easiest and most fulfilling workout.”

We can only imagine! Keep it up, Rob.