Looks like Rhea Chakraborty is ready to fly once again 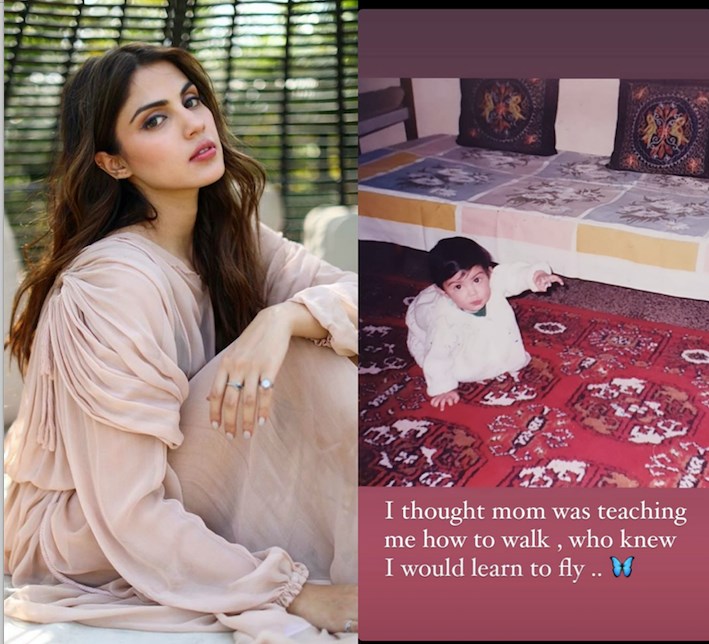 Rhea Chakraborty has had a very tough time after Sushant Singh Rajput was found dead in his apartment last year. The last one year has been surrounded with controversies for her. The actress who is now looking ahead to start her life afresh shares a cryptic message on her instagram with her childhood photo.

Rhea wrote,”And just like that.. She weathered the storm, for indeed it’s always darkest before the dawn..” In another story she shared a childhood photo of hers and wrote, “I thought mom was teaching me how to walk who knew I would learn to fly.

The actress who was totally inactive on her social media for quite a long time is slowly and steadily trying to connect with the outer world with her posts on her social media. Recently, she shared a photo of hers with her father on the occasion of Father’s day and mentioned she is proud to be #faujikibeti.”

On the workfront, the actress will  be seen in Rumi Jaffery’s  mystery thriller film ‘Chehre’ which stars Amitabh Bachchan and Emraan Hashmi in lead roles. The trailer of the film was in the limelight when it did not showcase Rhea in it.

The film was supposed to release earlier this year but it has been postponed due to the rise in Covid-19 cases.