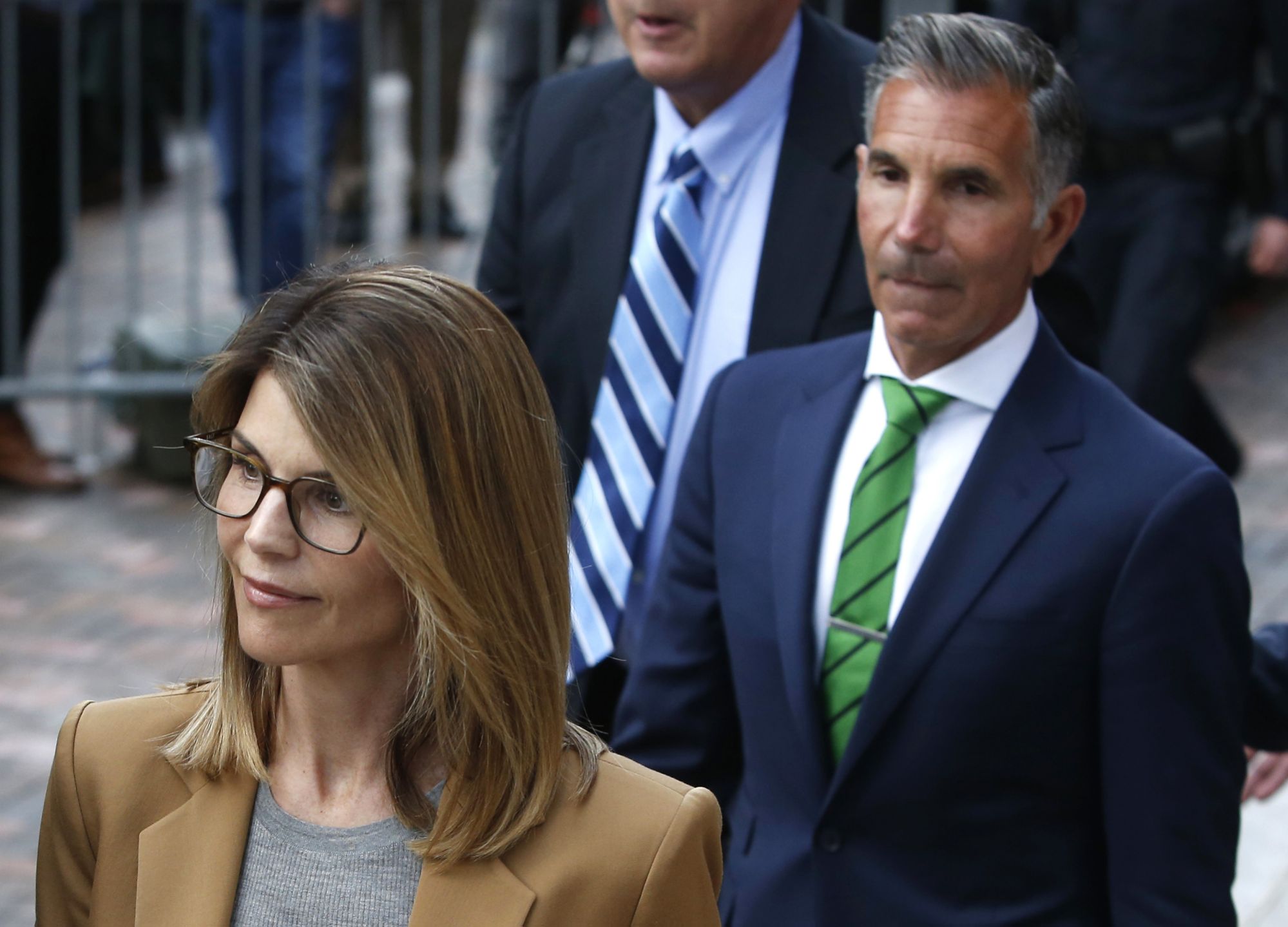 Mossimo Giannulli’s attempt to serve the remainder of his five-month prison sentence at home has been shut down.

Yahoo Entertainment obtained a copy of United States District Judge Nathaniel M. Gorton’s order denying Lori Loughlin’s fashion designer husband’s attempt for a compassionate release. This comes as he serves five months in prison at FCI-Lompoc in Lompoc, Calif., for the college admissions scandal. His attorneys tried to make the case that his lengthy COVID-19 quarantine upon entering prison — which was extended after he complained of COVID-like symptoms — should allow him to be freed three months early to serve out his sentence in home confinement.

In the document, filed Jan. 26, Gorton said Giannulli, 57, is “not entitled to a modification of his sentence … because he has not demonstrated an ‘extraordinary and compelling’ reason warranting his release. Although the Court is cognizant of the onerous conditions imposed on defendant as a result of the [Bureau of Prisons’s] emergency COVID-19 response, he has not established that those conditions alone demonstrate an ‘extraordinary and compelling’ reason for his release.”

The judge acknowledged that Giannulli’s spent an “extended” amount of time in quarantine — mandatory for a minimum of 14 days for new inmates — to prevent the spread of COVID, after surrendering on Nov. 19. However, on Dec. 7, when he was to be moved to general population at the facility’s minimum-security camp, several inmates he was quarantining with tested positive. Then he reported that he was experiencing “a headache and the loss of his sense of smell, both symptoms of COVID-19,” so “accordingly, his entry quarantine was extended for a few more weeks.” After multiple negative tests, he was moved on Jan. 13.

While Giannulli argued that spending 56 days quarantining — during which he was given access to books, mail, TV and other prisoners — placed a significant toll on his mental, physical and emotional well-being, the judge said “his argument is unavailing” as “every prisoner in a BOP facility is currently subjected to onerous conditions due to the COVID-19 pandemic” and those conditions were “not unforeseeable” when he was sentenced in August. His legal team also failed to prove that he’s sick or suffering from an underlying health condition that puts him at a higher risk for complications due to COVID-19.

“Although defendant’s quarantine was longer than anticipated, he has since been released to the general population and has given no extraordinary or compelling reason why his current circumstances in the camp warrant immediate release,” the document states.

And it made the point that Giannulli’s sentence included five months in prison “to dissuade and deter others who may, like Giannulli, believe that because they can afford it, they can flout the law. Modifying or reducing defendant’s sentence in this case would undercut any such deterrence.” Though it added that if any “extenuating circumstances occur in the future, the warden can intervene or defendant can file a renewed motion.”

If Giannulli had been released, he would have served home confinement in the new $9.5 million home he and Loughlin downsized to over the summer.

Prosecutors had recently filed an opposition to the early release and denied that the designer was in “solitary confinement,” the term used by Giannulli’s son, Gianni. U.S. Attorney for the District of Massachusetts Andrew Lelling said that while many inmates are doubled up in cells for the quarantine process, Giannulli had his own cell, but it was in a block of other cells, allowing for communication with other inmates in the unit. He was also allowed out-of-cell time three days per week to shower, use the phone and to email.

While Giannulli’s legal team expressed worry about him getting COVID — which has caused 420,000 deaths in the U.S. and 2,232 in our prisons specifically, per the Marshall Project — he was photographed without a mask while in close proximity to another person after he was moved to the facilities’s camp. It’s unclear if a mask was provided to him or not.

Last year, Giannulli and Loughlin, who married in 1997, pleaded guilty to conspiring with William “Rick” Singer and others to have their daughters, Olivia Jade and Isabella, fraudulently admitted into the University of Southern California designated as crew recruits, despite neither of the social media fixtures participating in the sport. The couple in turn paid pay bribes totaling $500,000.

The Full House star served her two-month term in November and December. Giannulli got more time for his larger involvement in the scheme, which saw him photographing his daughters as they posed on rowing machines for their fake coxswain profiles, among things.

Olivia Jade — who, along with her sister, dropped out of USC amid the scandal — said in a Red Table Talk interview, “I didn’t see the wrong” in her parents paying bribes to get her into college. “I was like, ‘Why is everyone complaining, I’m confused what we did?’”

Giannulli is expected to be released on April 17.