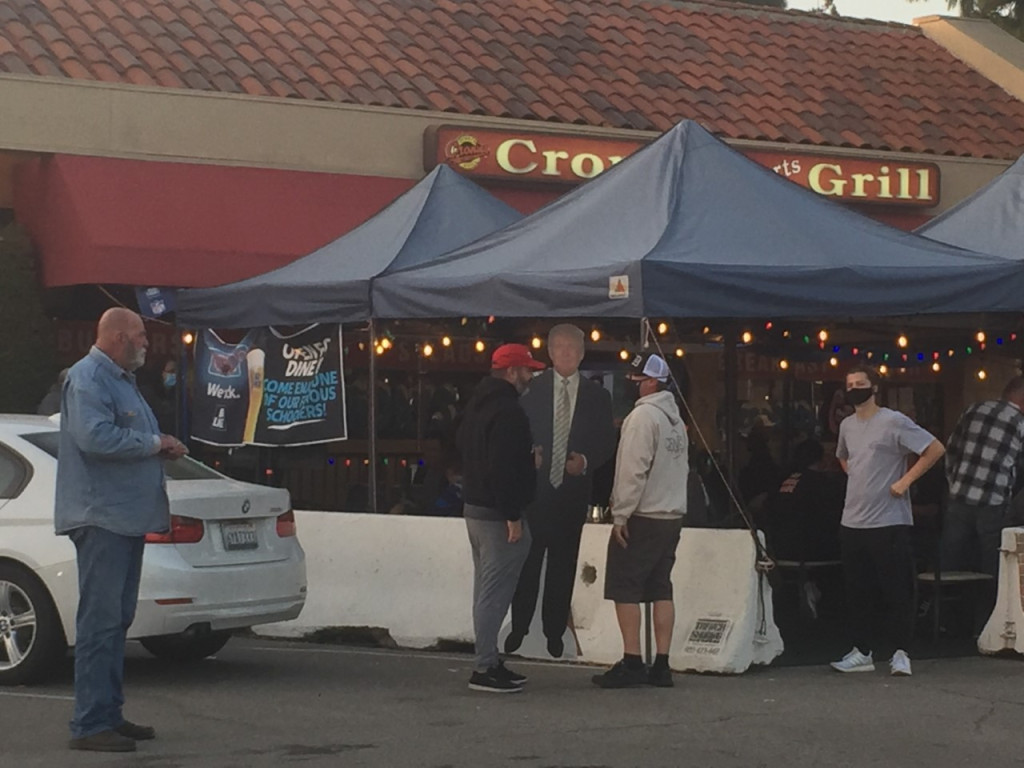 Ferrer also referenced gatherings after last year’s championship runs by the Lakers and Dodgers, which public health officials said contributed to the fall wave of the virus. “We can’t repeat the mistakes of the past,” she said.

Accordingly, while the LA Health Department is allowing restaurants, wineries and breweries to reopen today, it is with reduced capacity, increased social distancing and without sports on TV. That’s right, just about one week before the Super Bowl, LA’s new rules prohibit TV viewing at local establishments.

The ongoing requirement that “everyone sharing a table must be from the same household” would seem to put a damper on friends watching the game together. Ditto a new prohibition on promoted events. “Restaurants may not host receptions, banquets, or other coordinated, organized or invited events or
gatherings,” the order reads.

And after getting hammered by questions about the lack of empirical evidence — or even an explanation — for the previous restrictions on restaurants, LA County officials sought to explain their reasoning this time.

COVID-19 is mostly spread when people are physically near a person with COVID-19 or have direct contact with that person. When people with COVID-19 cough, sneeze, sing, talk, or breathe, they produce respiratory droplets. And, according to the Centers for Disease Control and Prevention, the risk of COVID-19 spread increases in a restaurant setting…as individuals remove their face coverings while eating and drinking and there is increased interaction with those who do not live in the same household.

Below are the new rules posted by LA Public Health on January 28.

• Employees that may come in contact with customers must wear both a face covering and a face shield at all times when interacting with customers and when in customer service areas.

• Outdoor dining and wine service seating must be reduced by 50%. Outdoor tables must be repositioned or removed so that all tables are at least 8 feet apart.

• Televisions or other screens that broadcast programming must remain off until further notice.

It’s unclear how the 50% outdoor capacity will be established for restaurants that normally do not serve outdoors, but are doing so now to garner business.

Los Angeles County this week sued two restaurants that have allegedly constituted a public nuisance by ignoring the edict put in place in late November to stop the spread of the coronavirus.

The Los Angeles Superior Court lawsuit filed Wednesday takes aim at the Cronies Sports Grill on Kanan Road in Agoura Hills and the Tinhorn Flats Saloon & Grill on Magnolia Boulevard in Burbank. The suit asks for an abatement order directing both restaurants to bring their businesses into compliance with the health orders and to allow inspectors to enter to ensure compliance.

The suit also seeks civil penalty assessments against the businesses for each day they allegedly did not abide by the health directives.

“We do not take this action lightly. However, as the complaint notes, ‘defendants’ actions constitute a public nuisance and must be stopped,’” said a statement from the Office of Countywide Communications.

Both businesses were given repeated notices, written directives, citations and appeals to “do the right thing” and comply voluntarily with the health officer mandates, the statement explained.

Indeed, Deadline has repeatedly observed customers gathered — some without masks and many well within 6 feet of each other — at the Agoura Hills restaurant. (See story photo.) In December, there were rallies outside the restaurant in protest of masking and dining requirements.

To his credit, the restaurant’s owner was asking people to put their masks on and limiting the number of customers allowed in, but it did little good. A line of prospective drinkers and diners snaked down the sidewalk with only sporadic adherence to health protocols.

Daily Covid-19 infection numbers have been trending downward over the past two weeks, following a surge that saw the county regularly reporting well over 10,000 cases.

On Thursday, the Department of Public Health announced another 6,592 new Covid infections.

Hospitalization numbers also continued a downward trend. According to state figures, there were 5,855 people hospitalized due to Covid in the county as of Thursday, including 1,503 in intensive care. That marks a dramatic drop from the 8,000-plus patients reported earlier in January.

However, the county also reported another 213 deaths on Thursday. The new tally pushed the overall death toll to 16,127. That’s up 1,000 deaths in five days.

Health officials have warned that daily deaths will likely remain high for the rest of the month, even as case numbers and hospital admissions continue to fall. Deaths are considered a lagging indicator, meaning they naturally follow increases in hospitalizations, and early January saw daily hospital populations top 8,000.

While the case numbers have improved, they still remain dramatically high. Dr. Christina Ghaly, the county’s health services director, noted this week that while new Covid hospital admissions have dropped to about 500 per day from the recent high of about 700 per day, the current rate is still double that seen in the virus surge that occurred last summer.