Home News Lost And Found: Photograph With 8-Year-Long Exposure Found Inside A Beer Can

Lost And Found: Photograph With 8-Year-Long Exposure Found Inside A Beer Can 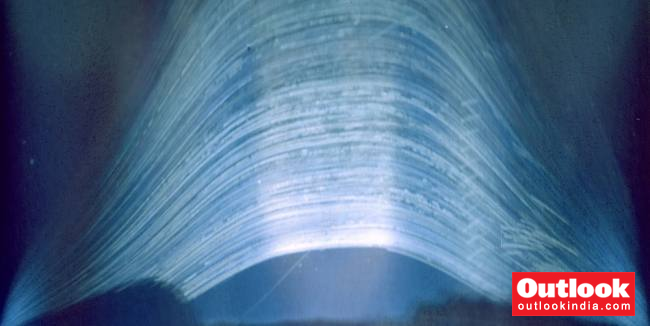 »
Lost And Found: Photograph With 8-Year-Long Exposure Found Inside A Beer Can

A photograph thought to be the longest exposure image ever taken was discovered inside a beer can at the University of Hertfordshire in the United Kingdom last week.

Taken by Regina Valkenborgh, it shows 2,953 arced trails of the sun, capturing its rise and sunset over a duration of eight years. Valkenborgh began recording the transition between summer and winter when she was a MA Fine Arts student back in 2012.

She placed the photographic paper-lined beer can on the University Observatory’s telescope and forgot about it until September this year.

“It was a stroke of luck that the picture was left untouched… I had tried this technique a couple of times at the Observatory before, but the photographs were often ruined by moisture and the photographic paper curled up. I hadn’t intended to capture an exposure for this length of time and to my surprise, it had survived. It could be one of, if not the, longest exposures in existence,” Regina Valkenborgh said in a statement released by the University.