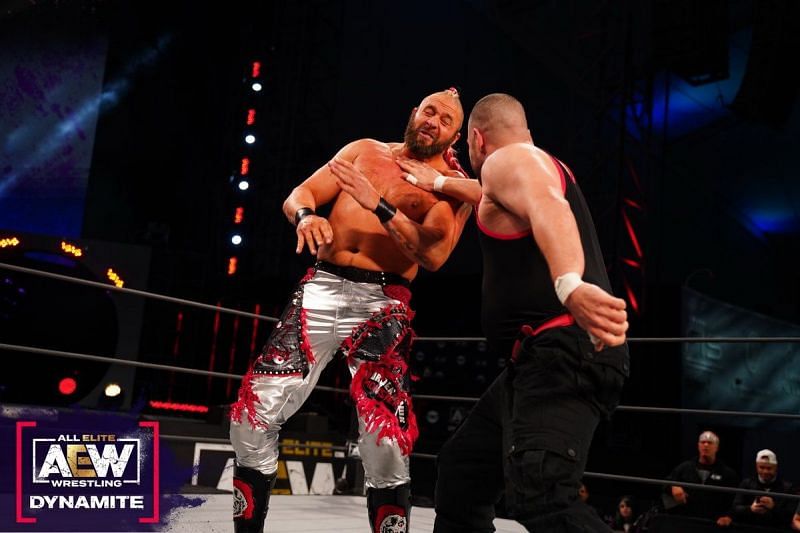 The animosity between Eddie Kingston and Lance Archer came to a head this week on AEW Dynamite in a hard-hitting opening contest. Kingston stole a victory with a Spinning Back Fist that was augmented by his usage of brass knuckles. Due to this tainted finish, a rematch has been made for next week. AEW President Tony Khan announced that the two stars will clash in a Lumberjack Match.

On AEW’s official Twitter page, the company announced that Archer and Kingston will clash again next week at AEW Dynamite: Beach Break.

Archer will be hoping to avenge this disappointing loss. Kingston secured the victory when The Butcher and The Blade distracted him by beating up his manager, Jake “The Snake” Roberts.

This addition to the Beach Break card should offer another heated encounter between Eddie Kingston and Lance Archer. These two men brought a level of physicality that was different from the typical AEW Dynamite match. It remains to be seen if the Lumberjack Match stipulation will eliminate the threat of interference from Kingston’s allies.

AEW Dynamite: Beach Break is another stacked special episode. In the main event, AEW World Champion Kenny Omega and the IMPACT Wrestling Tag Team Champions The Good Brothers will face Jon Moxley, PAC and Rey Fenix. This multi-man dream match will be a thrilling way to close the show.

Fans will also see the wedding of Kip Sabian and Penelope Ford and the highly anticipated match between Thunder Rosa and Dr. Britt Baker, D.M.D. Plus, a Tag Team Battle Royal will determine the challengers for the AEW World Tag Team Championship at AEW Revolution.

What is the match that you are looking forward to the most at AEW Dynamite: Beach Break? Who do you want to see win in the rematch between Eddie Kingston and Lance Archer? Sound off in the comments below.