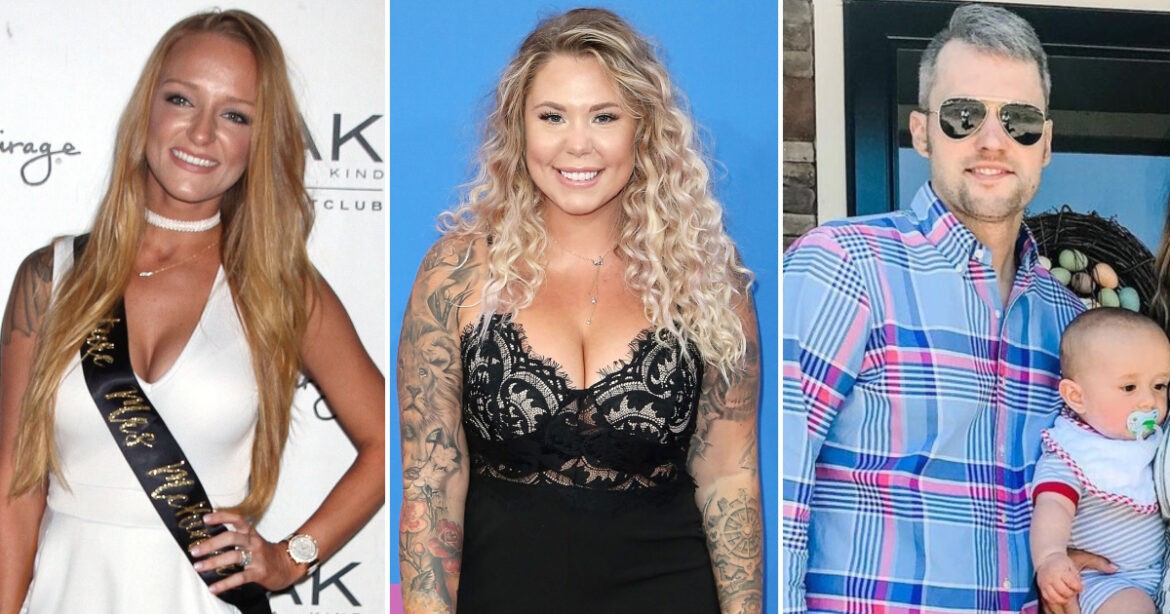 During her March 30 episode of “Baby Mamas No Drama,” a podcast she cohosts with Vee Rivera, the Teen Mom 2 star said, “I don’t want to say Bentley‘s dad is absent, but for lack of better words, absent, not really involved.” She added, “I don’t know the situation. I haven’t watched Teen Mom OG because I never know what’s twisted, what’s not twisted. So what advice can you give to stepparents?”

In response, Maci, also 29, said, “Be present but don’t be pushy. Just be a positive adult in their life. Especially with a personality like Bentley.” The mom of three — who shares Bentley, 12, with Ryan, and Jayde, 5, and Maverick, 4, with husband Taylor McKinney — explained, “He’s a studier. He’s a sponge, he’s paying attention all the time. He’s like me, he doesn’t like to be pressured into anything, to feel a certain way … They know that you’re there, you don’t even have to verbalize it. Even the shiest and quietest of kids will bring up things if they want to talk about them. Be on their side. Be on their team.”

The reality TV mama’s honest reply comes amid drama with Ryan, 33, and his family. Maci and Taylor, 31, have been battling it out between Ryan and his wife, Mackenzie Edwards (née Standifer), as well as his parents, Larry and Jen Edwards, over visitation with Bentley.

In January 2021, the Battle Upstairs: Poetry Book author responded to claims Larry, 60, made where he implied that Maci and Taylor had “convinced” Bentley to stop visiting with Ryan’s side of the family.

“I have raised Bentley to be an individual, to be himself,” she exclusively told In Touch at the time. “It’s OK to feel however he feels.”

Later, Larry said he and Jen, 55, were fired from the show after they taped the dramatic season 9 reunion. Mackenzie, 24, then doubled down on the claims, adding that she and Ryan were also allegedly let go from the franchise after Maci went “above” producers to get them released.

Ryan has since broken his silence on all the tension. “I really haven’t given MTV much thought now that I have my own fabrication shop,” the reality dad told The Sun on March 26.

Following his statement, Maci’s mom, Sharon Bookout, got in on the drama, posting a cryptic message via Twitter. “It didn’t take a day to do the damage. It won’t take a day to undo it,” she shared after nearly nine months away from the platform. “It takes a lot of hard work and time to regain trust and forgiveness. Some people just don’t wanna do the work.”