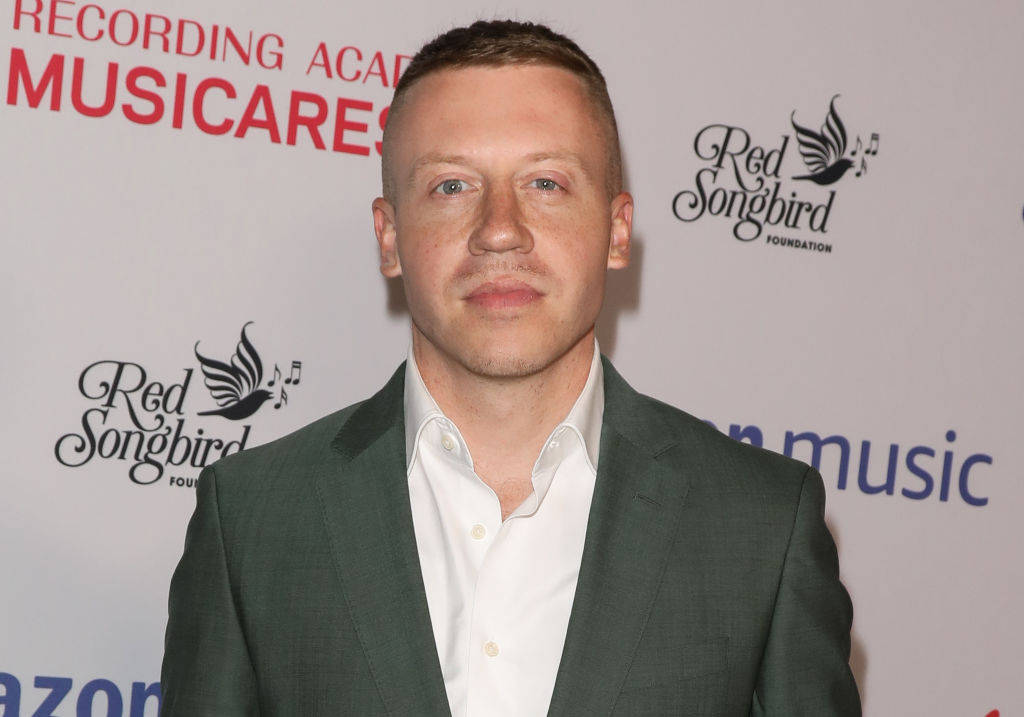 There’s no doubt in Macklemore’s mind that rehab saved his life.

“If it wasn’t for my pops having the 10 or 12 [thousand dollars] that it was when I first went to treatment and [his ability] to spend that on me, I’d be f***ing dead,” the rapper told Talib Kweli on Thursday’s episode of Kweli’s podcast, People’s Party. “I wouldn’t be here right now. That’s not to be f***ing dramatic, that’s just what it is. I was about to die.”

Macklemore, whose real name is Benjamin Haggerty, has often spoken about his struggles with drugs and alcohol. He puts them in his songs, too. The way he first drank when he was home alone at just 13 or 14, then moved on to OxyContin, and how quickly he realized that he was unable to make music when he was on substances.

“I was lucky enough to go to a facility for 30 days,” Macklemore told Kweli. “People don’t know that’s OK to go to treatment.”

The “Thrift Shop” artist recalled that, after he went to rehab, he encountered another rapper debating whether to go public with his sobriety. He was concerned with how it would affect his image.

“He was having that internal conversation like, ‘What do I do now?’ My whole s*** is [about] sipping lean and smoking Backwoods [Cigars]. How do I still remain relevant?’” Macklemore said. “It’s a mess, but what’s more of a mess is f***ing dying.”

Until Macklemore went to rehab, he didn’t even understand what was happening to him: “I went for years like, ‘Why can I not f***ing stop? Why can I not drink and smoke like my friends? Why, when I wake up, that’s the first thing I’m thinking about and I have to go get, and other people can just do it on the weekend or three times a week?’”

While Macklemore relapsed in 2011 and 2014, to this day, he shares his own story and talks to people coping with similar issues.

“There is a therapeutic value of one addict to another sharing their experience, strength and hope,” he said. “That has saved my f***ing life and continues to save my life.”

He lamented the “f***ing tragedies” of his fellow artists Juice WRLD, Lil Peep, and Mac Miller — a friend — who all died because of overdoses.