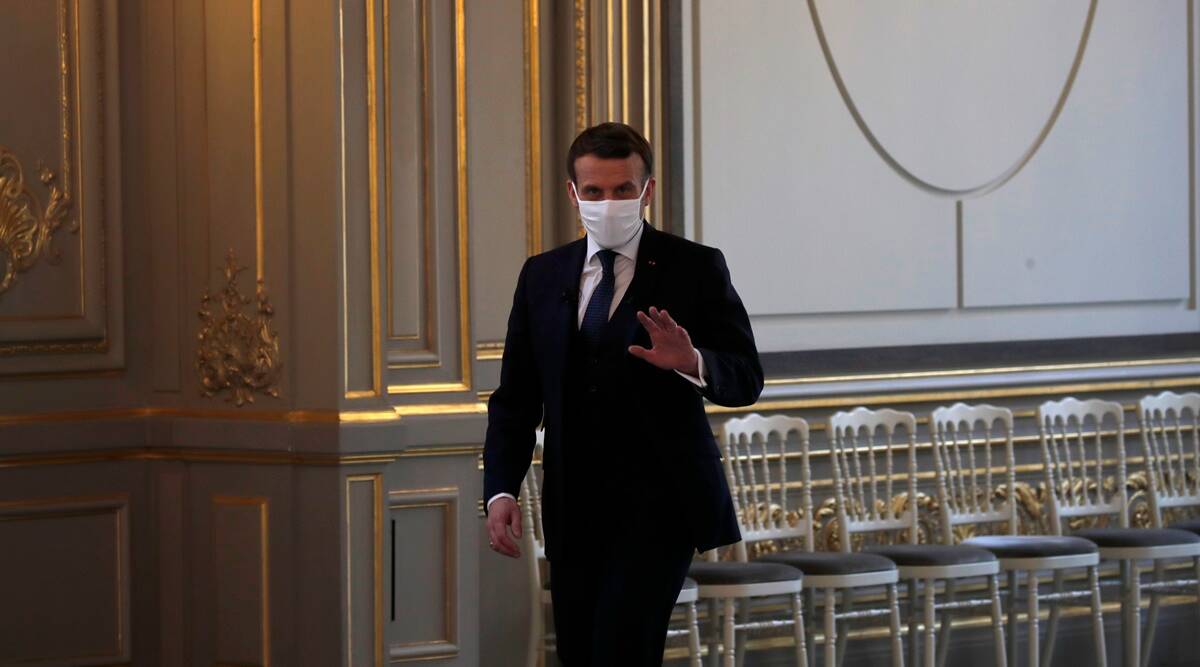 President Emmanuel Macron defended his decision to hold off on a third lockdown on Saturday, telling the public he had faith in their ability to rein in COVID-19 with less severe curbs even as a third wave spreads and the vaccine rollout falters.

From Sunday, France will close it borders to all but essential travel to and from countries outside the European Union, while people arriving from within the bloc will have to show a negative test. Large shopping malls will be shut and police patrols increased to enforce a 6 p.m. curfew. But Macron has stopped short of ordering a new daytime lockdown, saying he wants to see first if other measures will be enough to slow the spread of the coronavirus.

With 10% of cases now attributable to the more contagious variant first found in Britain, senior medics have recommended a new lockdown, and one opinion poll showed more than three-quarters of French people think one is now inevitable. The poll also showed falling public confidence in the government’s handling of the crisis. “I have trust in us. These hours that we are living through are crucial. Let’s do all we can to slow the epidemic together,” Macron tweeted.

Government advisers judged that the slower-than-expected spread of a contagious variant first detected in Britain meant there was no risk in delaying the decision on a lockdown by a week, Health Minister Olivier Veran told the Journal du Dimanche. But he added action would be swift if the virus started spreading faster: “We never said we would not impose a lockdown in the next two weeks if necessary.”

Macron has also been under fire for rolling out vaccines at a slower pace than other big EU countries, and far more slowly than Britain or the United States. France’s latest figures showed it had given just 1.45 million vaccine doses so far. Britain, by comparison, has recorded 8.4 million. Veran said France’s medical regulator was due to give its assessment on AstraZenaca’s vaccine on Tuesday.

France has so far approved vaccines developed by Pfizer /BioNTech and Moderna.France reported 24,393 new COVID-19 infections on Saturday while the number of COVID-19 patients in hospital stayed above 27,000 for a fifth straight day.

The rate of new infections is still lower than it was when the last lockdown was ordered in October, but hospitalisation rates are already comparable.Paris resident Sami Terki said it was “a good thing for now – even mentally – to not have to go through a new lockdown.” But he added: “My only concern is that we then take the decision to lockdown too late.”

The public health authority said the number of COVID-19 patients in intensive care dipped slightly to 3,113.Professor Dominique Rossi, who heads the Marseille Hospitals’ Medical Commission, said the local heath authority had asked hospitals in the Bouche-du-Rhone area to cancel 40% of all non-urgent medical interventions. Managing the flow of COVID and non-COVID patients was “a real ethical headache”, he told Reuters. “The (COVID-19) projections are really worrying.”

X
Britain opens visa scheme for Hong Kong citizens fleeing China’s crackdown…WorldFrom Sunday afternoon, anyone with a British National (Overseas) passport and their dependents will be able to apply online for a visa allowing them t…
close