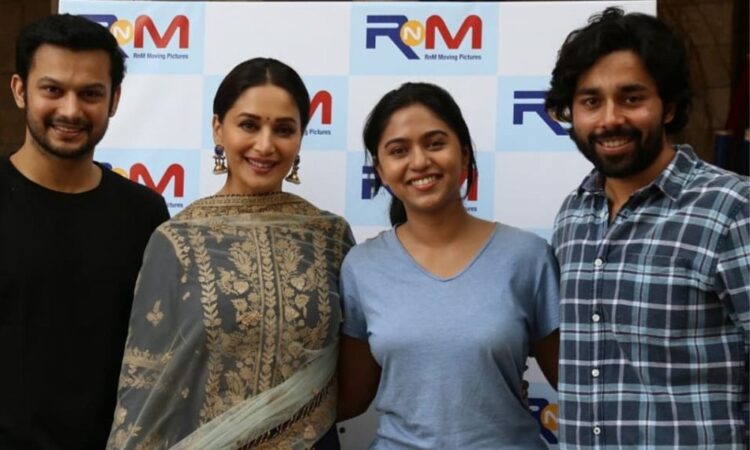 After wooing the audience with her praiseworthy acting and jaw-dropping dance moves, actress Madhuri Dixit ventured into producing as well. It was in 2019 that she produced the film ’15 August’. As the film has now completed 2 years since it’s release, the actress celebrated this major milestone.

She uploaded a picture from the time ’15 August’ was being shot. It featured her along with her husband Dr. Shriram Nene and mother as they posed with a clapperboard in their hand. She captioned it, “Marking #2YearsOf15August today. Incredible experience stepping into the shoes of a producer with this wonderful team. In case you haven’t watched it yet, check it out on @netflix_in”

15 August is a Marathi language film starring Mrinmayee Deshpande and Adinath Kothare in key roles and tells a love story between them that happened on the day of India’s Independence Day. It can be watched on Netflix.