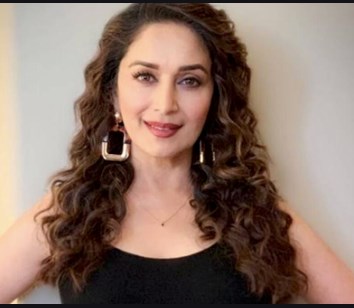 Madhuri Dixit is one actress whose charm is increasing with each passing day. She is in the industry since 37 years but till date her fans love to watch her on screen. Such is her charisma! The actress remembered her film ‘Prem Granth’ as it completed 25 years of its release.

Sharing some unseen pictures from the sets of the movie, she wrote,”An iconic film based on a subject ahead of its time. #25years of Prem Granth.”

The film Prem Granth was directed by  Rajiv Kapoor and starred Madhuri Dixit and Rishi Kapoor in lead roles.The film dealt with the subject of rape. It also had Anupam Kher, Shammi Kapoor , Om Puri in supporting roles. The film failed to create any magic on the box office and was a commercial failure.

The actress has been doing her bit in the fight of the country against Corona. She recently shared a video with her fans on her instagram on how to stay fit and motivated during lockdown. Earlier she also shared a video about the list of essential items to take care of health at home amid coronavirus pandemic.

On the Workfront, the actress was last seen in the film ‘Kalank’. She is currently one of the judges in tv dance reality show Dance Deewane.