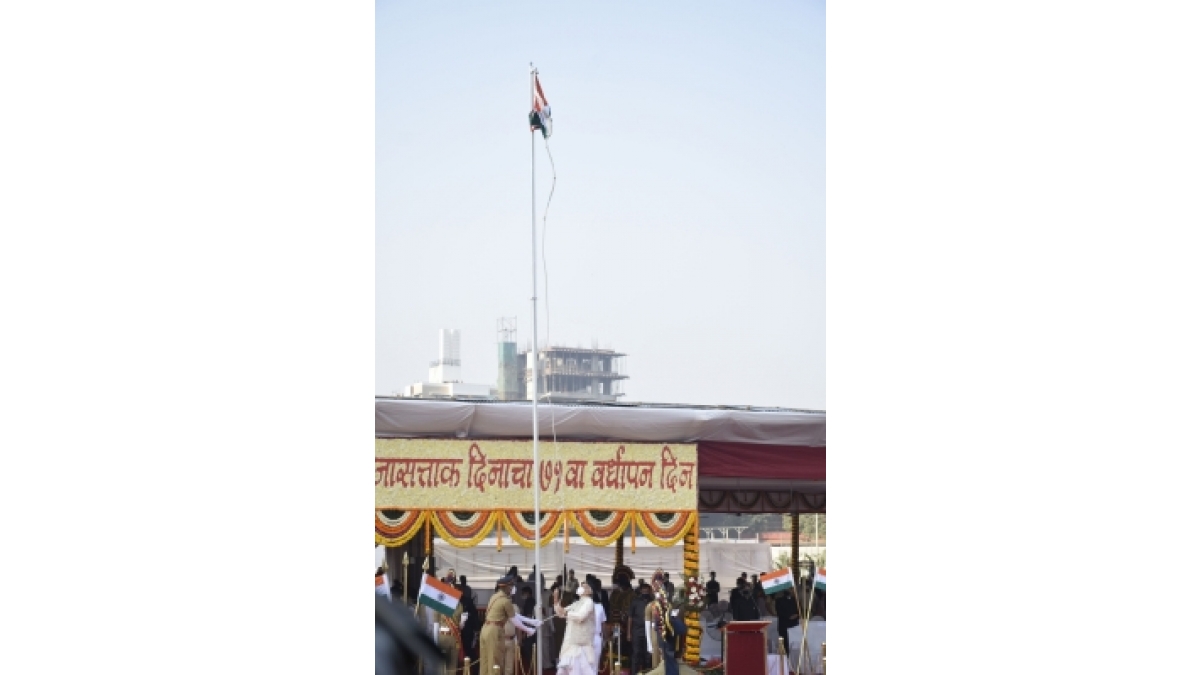 Governor Bhagat Singh Koshyari led the state by unfurling the Tricolour and took the salute at the historic Shivaji Park in the presence of Chief Minister Uddhav Thackeray, his wife Rashmi Thackeray and other top dignitaries.

The gathering stood in attention as the National Anthem was played. Other festivities included traditional march-pasts by police, armed forces, social and cultural groups, apart from tableaux.

Earlier, Koshyari also unfurled the national flag at the Raj Bhavan here, while Thackeray unfurled it at his official residence Varsha in the presence of their respective staff and other officials.

Maharashtra Congress President and Revenue Minister Balasaheb Thorat unfurled the Tricolour at the Congress headquarters in Mumbai whereas city party President Bhai Jagtap did the honours at the party’s Mumbai office in the presence of a large number of activists.

Bharatiya Janata Party’s Leader of Opposition Devendra Fadnavis unfurled the national flag at his official residence in Mumbai, while state BJP President Chandrakant Patil did the honours at the Chetana Apangmati Vikas Sanstha in Kolhapur.

Other state Ministers, leaders of the ruling Maha Vikas Aghadi allies Shiv Sena-Nationalist Congress Party-Congress, leaders of other major parties also unfurled the Tricolour in different parts of the state or in their respective constituencies.

R-Day functions were organised in all districts of the state, including Maoist-hit Gadchiroli, with the local populace joining in large numbers to celebrate the day.

Built by a British company, it is among the oldest and the only locomotive of its kind that is preserved in the country.

At the Azad Maidan, leaders of the Samyukta Shetkari Kamgar Morcha organised a ceremony to unfurl the Tricolour in the presence of thousands of farmers, who sang the National Anthem and later took a pledge to fight for their demands.

Western Railway General Manager Alok Kansal unfurled the national flag at the Churchgate headquarters in the presence of a large number of rail staff.

Konkan Railway Corporation Chairman and Managing Director Sanjay Gupta unfurled the Tricolour at the KRC headquarters in Navi Mumbai, besides similar functions held in Ratnagiri and Karwar in Karnataka.

Similar functions were held at the headquarters of the Navy, the Army and Indian Air Force in Mumbai and other parts of the state, attended by top officials and their men in uniform.

Major public buildings like the BrihanMumbai Municipal Corporation (BMC) headquarters in Mumbai, civic headquarters in Pune, Aurangabad, Nagpur, and other cities, were lit up in the tricolours to mark the occasion.

Many housing societies, residential complexes and people in Mumbai slums held their own solemn R-Day functions, with local dignitaries unfurling the Tricolour amid singing of the National Anthem followed by distribution of sweets.