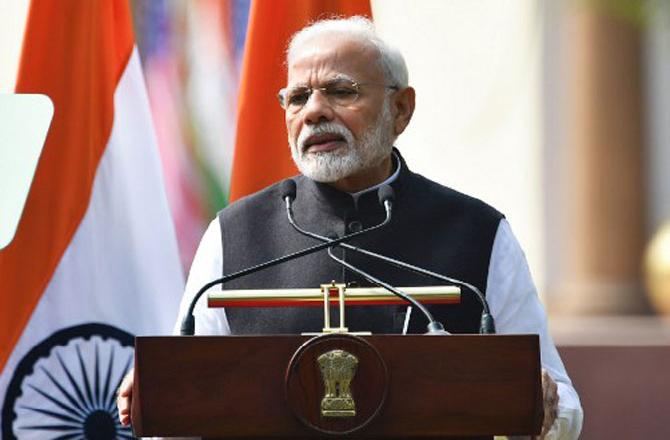 The Maharashtra Congress on Friday slammed Prime Minister Narendra Modi for what it termed as ‘giving peanuts’ in the form of a Rs.18,000-crore dole to 9-crore farmers, announced earlier in the morning.

“The PM has given just Rs.2,000 to each of the 9-crore farmers, but on the other hand, has given huge benefits to his industrialist friends by writing-off nearly Rs.8 Lakh-crore in just five years between 2015-2019,” state Congress President and Revenue Minister Balasaheb Thorat said sharply.

He added that under the Pradhan Mantri Kisan Sanman Yojana (PMKSY), the government gives about Rs.6,000 per year to the farmers, which is Rs.500 a month or Rs.17 a day, compared with the staggering banks’ loans write-offs of nearly Rs.8 Lakh-crore to a handful of industrialists.

Against the dole, the Bharatiya Janata Party government has increased petrol-diesel prices by Rs. 25, hiked fertilizer prices, halted MSPs and subsidies although the per-hectare production costs have significantly gone up today.

“Considering the huge concessions and loans written-off for industrialists, the assistance given to the farmers is a pittance. The Modi government is only working for the welfare of a handful of industrialists,” Thorat said.

In the 2014 Lok Sabha polls campaign, Thorat claimed that Modi held a ‘Chai pe Charcha’ with some farmers in Yavatmal district and later some of them committed suicide.

He alleged that the ‘event’ organised today with the participation of BJP workers in the name of farmers was intended to divert attention from the ongoing peasants’ agitation near Delhi who are demanding a repeal of the three new farm laws.

He said that no matter how much the PM insists that the 3 agriculture laws are good, the farmers are not satisfied and continue to oppose them, despite the meagre aid announced today.

“Instead of holding discussions with farming community, the PM tried to convey the importance of PMKSY by holding the ‘event’, but the farmers will not back off,” Thorat declared.