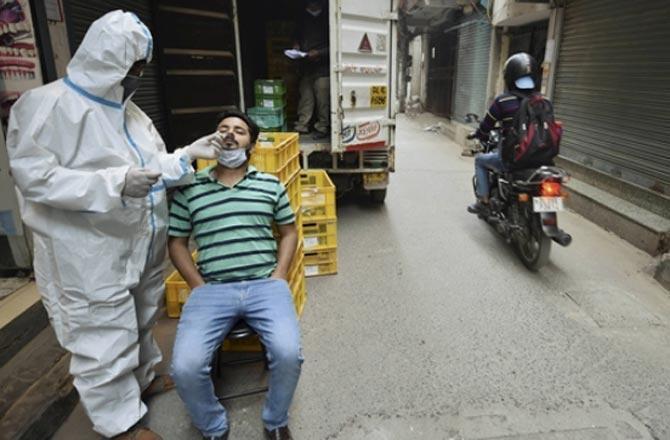 Amid apprehensions of a possible ‘second wave’, Covid-19 deaths dropped in the sub-100 range for the third day – plummeting to just 30, and the number of ‘active cases’ continued to increase, health authorities said here on Monday.

As many as 25 of the state’s 36 districts recorded zero fatalities, including hotspots like Palghar, Raigad, Nashik, Ahmednagar, Sangli, Aurangabad, Akola, Kolhapur, Ratnagiri, Nagpur and Gadchiroli.

For the third day the state recovery rate dropped marginally, from 92.75 percent to 92.74 percent – while the current mortality (death) rate improved fractionally from 2.62 per cent to 2.61 per cent.

Of the 30 deaths declared, Mumbai led the state with 14 fatalities, 3 each in Satara, Latur and Beed, 2 in Pune, 1 each in Thane, Nashik, Solapur, Nanded and Chandrapur.

Remaining in the sub-50 range for the 22st day this month, Mumbai recorded 14 fatalities or touching to April-levels, and the city toll climbed from 10,675 to 16,689 now.

Of the total 8 Circles, Mumbai circle (MMR – comprising Mumbai, Thane, Palghar and Raigad) remains on the brink as deaths spiral and cases pile up due to the contagion.