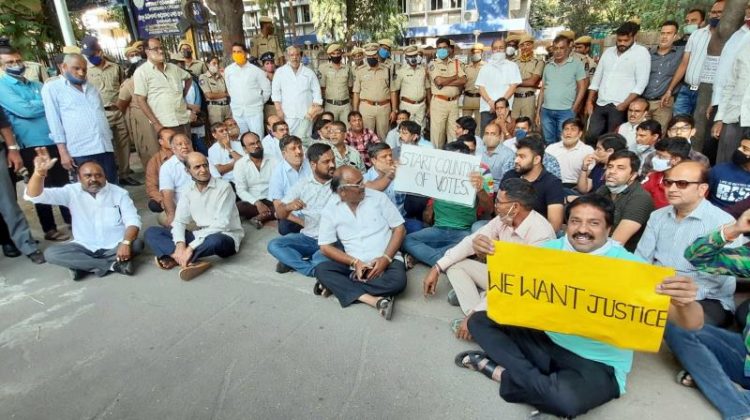 Hyderabad: Asking how a returning officer could abruptly suspend the counting of votes, Justice P. Naveen Rao of the Telangana high court on Thursday ordered completion of the process for elections to the board of directors at the Mahesh Co-operative Bank Ltd.

In an order issued to the returning officer, Justice Rao said the counting should be completed soonest. The results should not be announced but the returning officer should instead send a report to the high Court by Monday, December 28. It must carry details of the votes secured by each candidate.

Disciplinary action is likely against the returning officer who stopped the counting at the last stage of the elections on Monday without stating the reasons.

The court was dealing with three petitions filed by the contestants. They sought directions to complete counting of the remaining 637 votes and for declaration of the results at the earliest. The court asked the central and state governments whether any action against the returning officer has been initiated.

Counsels for the petitioners submitted that the RO unilaterally took the decision to stop the counting. He flouted the rules. The authority has no power to stop the counting even on the ground that there were bogus voters. Such aspects would come up only at the time of publication of the voters list, counsels argued.

The court directed the RO to submit the results to it in a sealed cover. The cases have been adjourned to Monday.