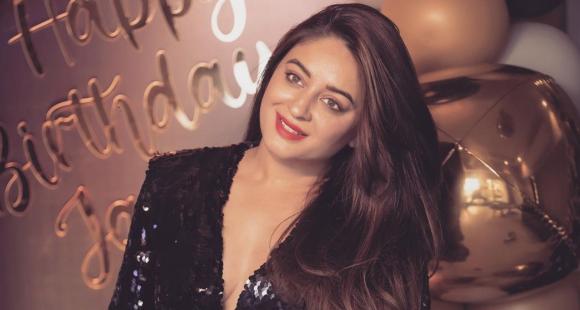 Mahhi Vij is one of the most popular and spectacular-looking actresses, who has lead by example in both her personal and professional life. Take a look at the life journey of the actress.

Mahhi Vij is regarded as one of the leading actresses in the TV and movies genre. She is immensely reckoned for her charming looks and dreamy eyes. The stunning actress started her career as a model and owing to her refreshing looks, she was offered numerous projects. The actress made her acting debut with the Malayalam movie Aparichithan, in which her role was immensely appreciated. After the movie, she also appeared in another south Indian movie Tapana. The actress became immensely popular with her dance moves and catchy beats of her music video Tu, Tu Hai Vahi.

The actress went on to work in the Indian television sector as she bagged the lead role in her first TV serial Akela in 2007. She worked in numerous other TV serials like Shubh Kadam, Teri Meri Love Stories, etc. But the show which became a turning point in her career was Laagi Tujhse Lagan in which she played the role of Nakusha Patil. She also made small appearances in other TV serials for the promotion of her show.

The lovely actress was courted by actor Jai Bhanushali for some time and they had a small secret marriage in 2011. The couple appeared together in a dance reality show Nach Baliye 5 and became the winners of the show. She participated in the adventure reality show Khatron Ke Khiladi season 5 but had to opt-out of the show due to a leg injury. The actress re-entered the Khatron Ke Khiladi season 7 and was eliminated at 7th position. She had also taken part in shows like Comedy Nights with Kapil as a guest. The actress was last seen in Bigg Boss 13 as a guest to support Rashami Desai.

The actress gave birth to her biological baby daughter Tara in 2019, which they announced on social media. They had also adopted two kids of their caretaker in the past and they all are one big as well as a happy family of five.