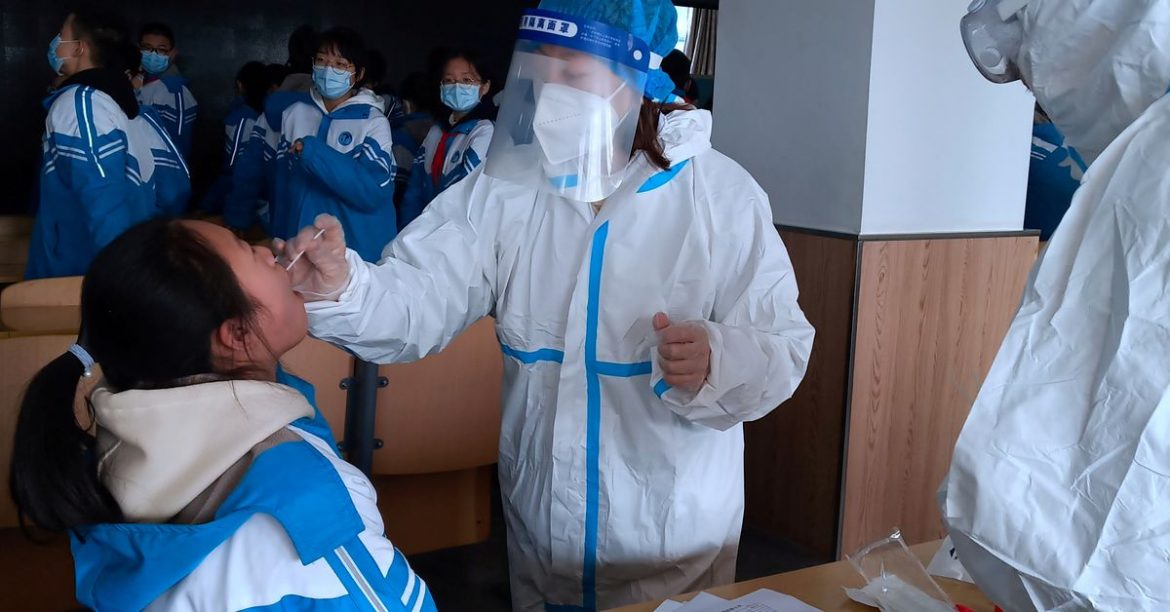 China’s official Xinhua news agency reported that one of the local cases, surnamed Li, had travelled to Anhui on May 1 from Dalian, a port city in China’s northeastern Liaoning province.

The other case, surnamed Zhang, was in close contact with Li during a training class Li led in the city of Luan, near Anhui’s provincial capital Hefei, Xinhua reported.

Another local infection was newly reported on Friday in Feixi county, under Hefei’s jurisdiction, according to the city government. The case, surnamed Lu, had shared a hotel room with Li.

Two areas in Luan city and one part of Feixi county were declared “medium-risk” regions by local authorities in response to the cases. State media reported mass testing being carried out in main urban area in Luan and some areas in Hefei.

The other five cases announced Friday were imported infections originating overseas. The health commission had reported nine cases a day earlier, all imported.

The number of new asymptomatic cases, which China does not classify as confirmed cases, rose to 22 from 14 cases a day earlier.

The total number of confirmed COVID-19 cases in Mainland China now stands at 90,815, while the death toll remained unchanged at 4,636.