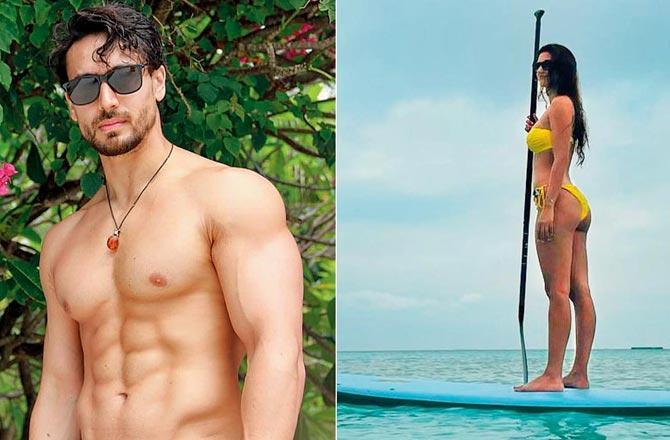 Disha Patani and Tiger Shroff are indulging in their love for water sports during their getaway. The rumoured lovebirds are said to be in the Maldives. Patani has been sending the Internet into a meltdown with her pictures. Shroff, who has been flaunting his washboard abs, wrote that only New Year resolutions are on his mind.

Disha also posted a picture in a yellow bikini, posing like an Aquaman with a stick in her hand. The actress has time and again confessed her love for comics, sci-fi drama and all things magical.

On the professional front, Disha will next be seen in ‘Radhe’ opposite Salman Khan, the shooting of which she recently wrapped. She will also be reuniting with Mohit Suri for ‘Ek Villain 2’. Disha also has KTina, produced by Ekta Kapoor. The film also features Akshay Oberoi and Sunny Singh. Rumours suggest the film could bear shades of Ekta’s life. Disha will also be seen in Malang 2.

On the other hand, Tiger Shroff will be next seen in Heropanti 2 and Baaghi 4. The actor has also unveiled the first look of his forthcoming action-thriller ‘Ganapath’.