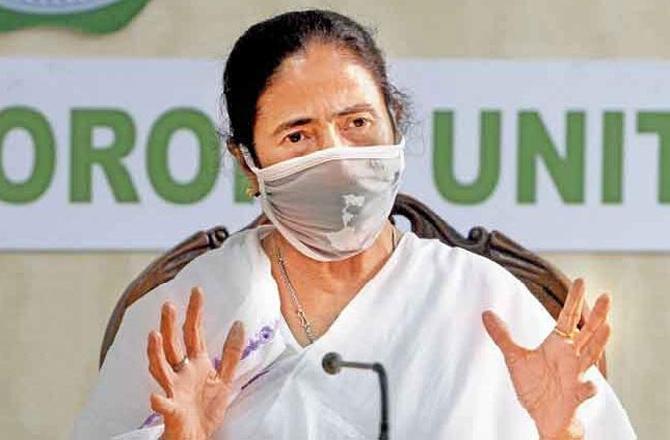 After former West Bengal Minister and TMC leader Suvendu Adhikari joined the BJP in the presence of Union Home Minister Amit Shah on Saturday, Trinamool Congress supremo Mamata Banerjee’s trusted lieutenants have now geared up to clear any miscommunication between the party and lawmakers spread across the state.

The charge has been given to a select few like senior Trinamool Congress leader and West Bengal minister Arup Biswas, the party’s Lok Sabha MP Sougata Roy, Kalyan Banerjee and of course, political strategist Prashant Kishor, to troubleshoot differences within the ruling formation, party sources said.

Since Trinamool has faced its worst exodus so far in the last one decade, its poll strategist Prasant Kishor on Monday morning tweeted: “For all the hype amplified by a section of supportive media, in reality BJP will struggle to cross double digits in West Bengal…Please save this tweet and if BJP does any better I must quit this space!”

The first breakthrough came last week when dissident Trinamool Congress lawmaker Jitendra Tiwari made a complete U-turn within 24 hours of his resignation and said he would stick with the TMC.

Tiwari had held a closed-door meeting with senior Trinamool leader Arup Biswas and Kishor at south Kolkata’s Suruchi Sangha club late Friday night after which he had admitted, “It was my mistake. There were some misunderstandings. Whatever I said was absolutely wrong on my part. I am told that ‘Didi’ was hurt at my gesture. I cannot do anything that hurts ‘Didi’…I will personally meet Mamata Didi and seek her apology,” Tiwari said while claiming that Asansol has been deprived of many development works.

Tiwari had resigned from the post of chairman of the administrative board of the Asansol Municipal Corporation on Thursday. He had also resigned from the post of Trinamool Congress’ district president in West Burdwan. He sent his resignation to Trinamool Congress state president Subrata Bakshi. The outgoing Asansol mayor represents Pandabeswar in the state Assembly but he never stepped down from the MLA seat.

“Jitendra Tiwari was, is and will be with the Trinamool Congress. He will fight against the BJP as a loyal soldier of Mamata Banerjee,” said Biswas, dubbing the difference of opinion as a “small thing in a big family.”

As many as seven sitting legislators of the Trinamool Congress, including one of Mamata’s former trusted aides Suvendu Adhikari, and three others from the Left Front and the Congress on Saturday joined the BJP at a rally in Midnapore town.

Among the 10 MLAs who switched sides, Adhikari is the only one who submitted his resignation to the Assembly but it has not been accepted yet on technical grounds. Adhikari has been asked by West Bengal Assembly Speaker Biman Banerjee to appear in person in the House on Monday and submit it.

Sources said that Kishor’s team, along with Abhishek Banerjee and TMC Rajya Sabha member Derek O’Brien, is working hard to troubleshoot various issues with the party leaders so that Adhikari and the BJP leadership cannot cause any further dent.

Speculation is rife that many more Trinamool biggies may switch sides to the saffron party in the days to come. According to insiders, Adhikari has asked for three more months to woo a number of Trinamool lawmakers to the BJP. The state BJP leadership also said that many Trinamool leaders are already in talks to jump ship.

Last week, the Trinamool supremo had convened a high-level meeting with senior party leaders at her south Kolkata Kalighat residence to discuss the strategy of holding back Trinamool members, in the face of BJP’s threat.

According to party insiders, Mamata reportedly told her party colleagues in a closed-door meeting “not to fear anything”. She reportedly said that people are with her government. The door-to-door government campaign received enormous response from across the state and no one should be perturbed with who all are leaving the party. It is good that they are going, she said, as per sources.

Reports also said that as part of morale booster the CM also urged all her party members to fight the upcoming election unitedly. She said that her party would definitely secure an electoral victory in the crucial Assembly polls scheduled in 2021.

“We have started organising small street corner meets; small rallies involving local-level leaders in various neighbourhoods which will be joined by local people as a part of the party’s mass outreach programmes. This would help reconnect with our voters once again,” said Trinamool sources.

Meanwhile, Union Home Minister Amit Shah, during his two-day visit to Bengal, attacked the Mamata-led Trinamool Congress government and said that by the time the election comes, the CM would be left all alone in her party. “By the time elections come, you will be left all alone Didi…This is just the beginning,” Shah said at a rally in Midnapore.

In the 2016 West Bengal polls, Trinamool had retained its majority and won 211 seats. The state Assembly comprises 294 members directly elected from single-seat constituencies.