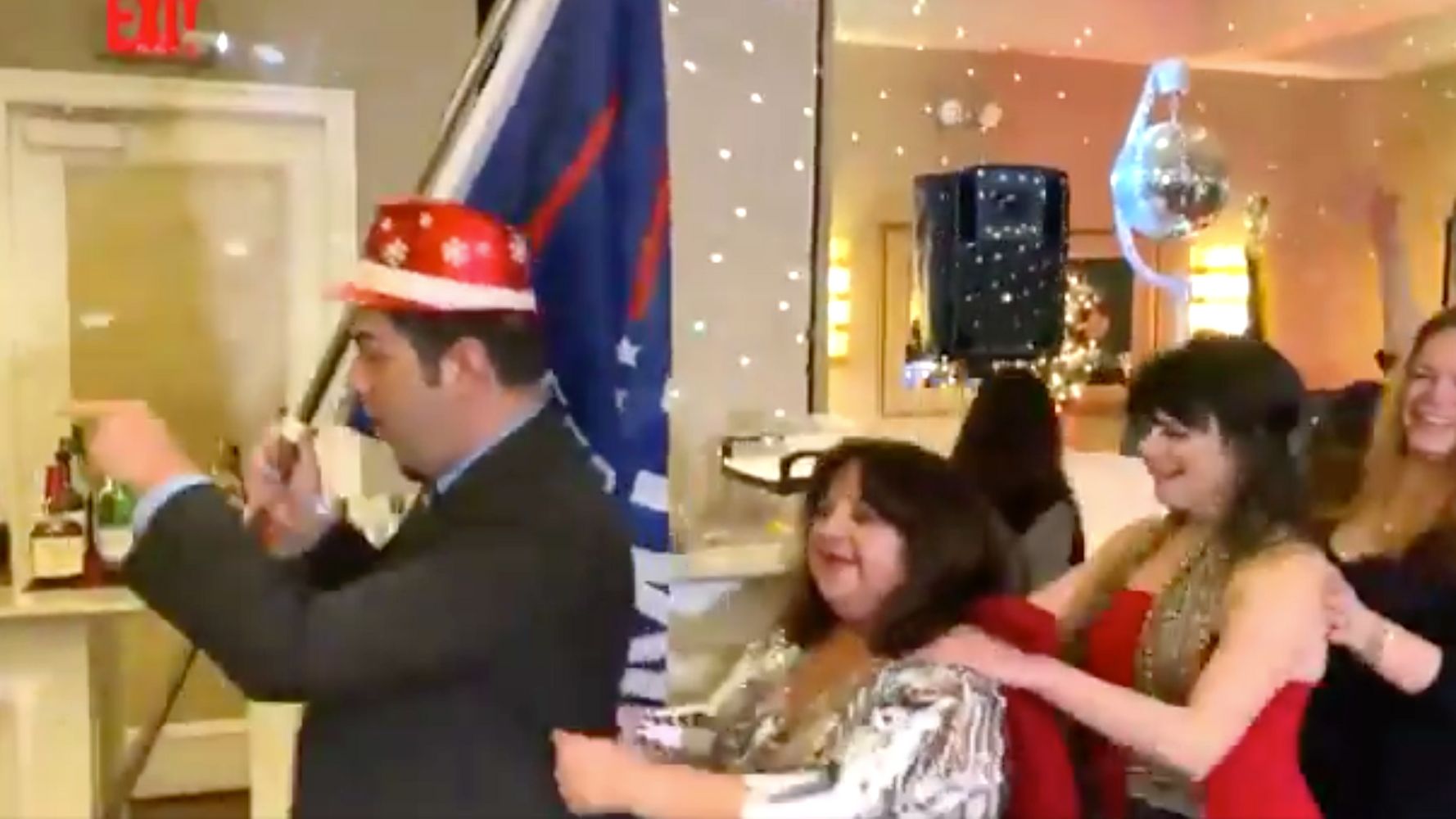 A New York man has been hospitalized with COVID-19 after attending an indoor holiday party hosted by a local Republican club that made headlines earlier this month, the Queens Daily Eagle reported Wednesday.

James Trent, chair of an affiliate club, reportedly began experiencing symptoms of infection two days after attending the Dec. 9 event. He is recovering at the North Shore University Hospital in Manhasset on Long Island, and said he would be discharged Thursday morning.

Trent expressed surprise he caught the virus after the bash because he “wasn’t doing anything risky,” he told the Eagle.

In a viral video from the Whitestone Republican Club’s party, more than a dozen people were seen dancing a conga line without masks or social distancing. Both the club and the owner of the venue, an Italian restaurant called Il Bacco, insisted they followed COVID-19 guidelines that were in place at the time.

the Whitestone Republican Club in NYC apparently held a Christmas party this year without a care in the world about COVID pic.twitter.com/mHzW86d9M7

Trent is chairman of the Queens Village Republican Club. He could not be reached by HuffPost for comment.

Asked if he regretted attending the party, he told the Eagle it was a “wonderful time and a great party, but I’m not happy I got sick.”

Another couple that went to the party has also tested positive, according to the Eagle.

The Whitestone Republican Club did not immediately respond to HuffPost’s request for comment.

The event was held five days before New York Gov. Andrew Cuomo (D) shuttered indoor dining amid an explosion in COVID-19 cases in the state and nationwide. New York has had a mask mandate in place for public settings since April.

A City Hall official said last week that the party would result in “significant fines” and that “we’re looking at both the group that held the event and the establishment that hosted it.”

Cuomo also addressed the video, saying the “covid conga line” was “not smart.”

Under fire, the club posted statements on Facebook last week denying wrongdoing and accusing the media and Cuomo of overreacting.

“But we are not the mask police, nor are we the social distancing police. Adults have the absolute right to make their own decisions and clearly many chose to interact like normal humans and not paranoid zombies in hazmat suits,” the statement said.