Man Pushes Stranded Deer Like A Sled Across Frozen Reservoir 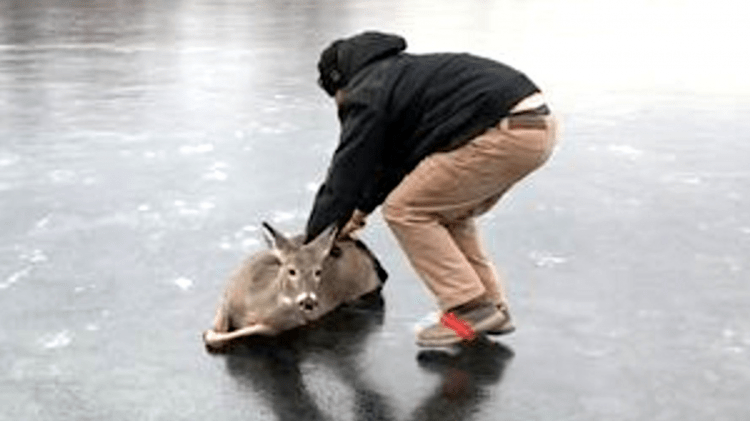 A Wisconsin man said he “didn’t even think twice” about rescuing a deer stuck out on a frozen reservoir in Cranmoor this week.

“She was struggling and I knew she needed help to get off the ice,” Gil Lencour told WMTV.

At first, Lencour considered tying a leash to the stranded animal and pulling it to safety. But after his pal John Moss arrived to help, the creature got agitated and kept trying to stand up, Lencour told WMTV. So he placed his hands on the deer to calm it down and began to push, sliding the animal as if it were a sled until it reached firm footing.

In footage filmed by Moss, a fatigued Lencour asks at one point, “How much closer have we got?” “You got a ways,” Moss replied, laughing.

Lencour can be heard quipping “You’re welcome” as the deer, finally on non-slippery ground, scampers toward the woods.

“I had a big smile on my face,” he told the station. “I was happy that she was able to run off on her own,” he said.

In 2019, a Canadian man rescued an entire family of deer from a frozen lake.