Home EntertainmentBollywood Manav Kaul on battling COVID-19: I was completely at home for about two weeks

Manav Kaul on battling COVID-19: I was completely at home for about two weeks 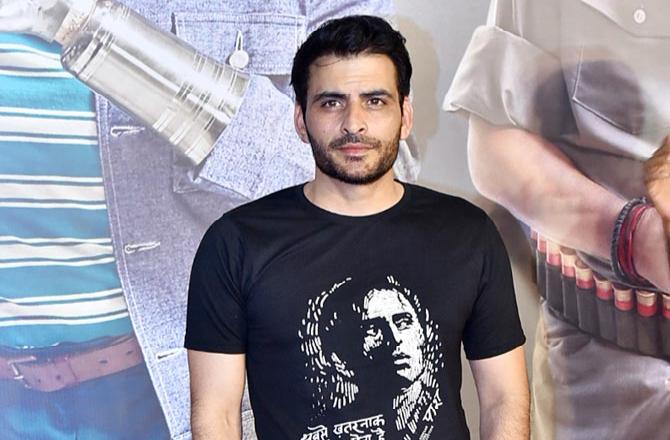 Actor Manav Kaul had tested positive for Covid a few months ago. He says he was confident that he would be fine, and his sole concern was to ensure he did not spread the virus.

Manav tested positive for Covid-19 on the set of his upcoming film “Nail Polish” in September.

“My doctor friend was very helpful. He said ‘you are a fit person and you live alone, so don’t worry about anything’. He checked my report and said I had very mild Covid. So I was confident that I would be fine. I just didn’t want to give Covid to anyone else. I was completely at home for about two weeks. Then I tested negative, so it was okay,” Manav told IANS.

He returned to work after rest, and “Nail Polish” is ready for release now.

“The title is absolutely stunning as far as a thriller is concerned. We want people to be curious about why we chose ‘Nail Polish’. There are four men in the film and it’s a courtroom drama. It is intriguing. But after watching the film, you will feel the title is apt,” he said about the film that also stars Arjun Rampal, Rajit Kapur and Anand Tiwari.

“I am playing Veer Singh, who is a sports coach and trains kids. He loves kids. He helps people, too. Suddenly, there is a charge against him. Then, Arjun’s character comes in. He feels that my character is innocent,” he added.

Manav found the script “very interesting”, but initially he didn’t have the confidence to take it up.

“My first instinct was ‘I can’t play this role. It’s very difficult’. Somehow the director (Bugs Bhargava Krishna) convinced me. He had faith in me. He said he wanted me to perform the role otherwise, he would not make the film. That puts so much burden on an actor’s shoulder. A few days before the shoot, I told him that I was scared. He said ‘you will be fine, you will do this’,” shared the actor.

“Rarely, one gets an opportunity to perform a complex character like this. I feel lucky,” he added.

The film, which revolves around the killing of migrant children and the mystery behind it, streams on Zee5 from January 1.