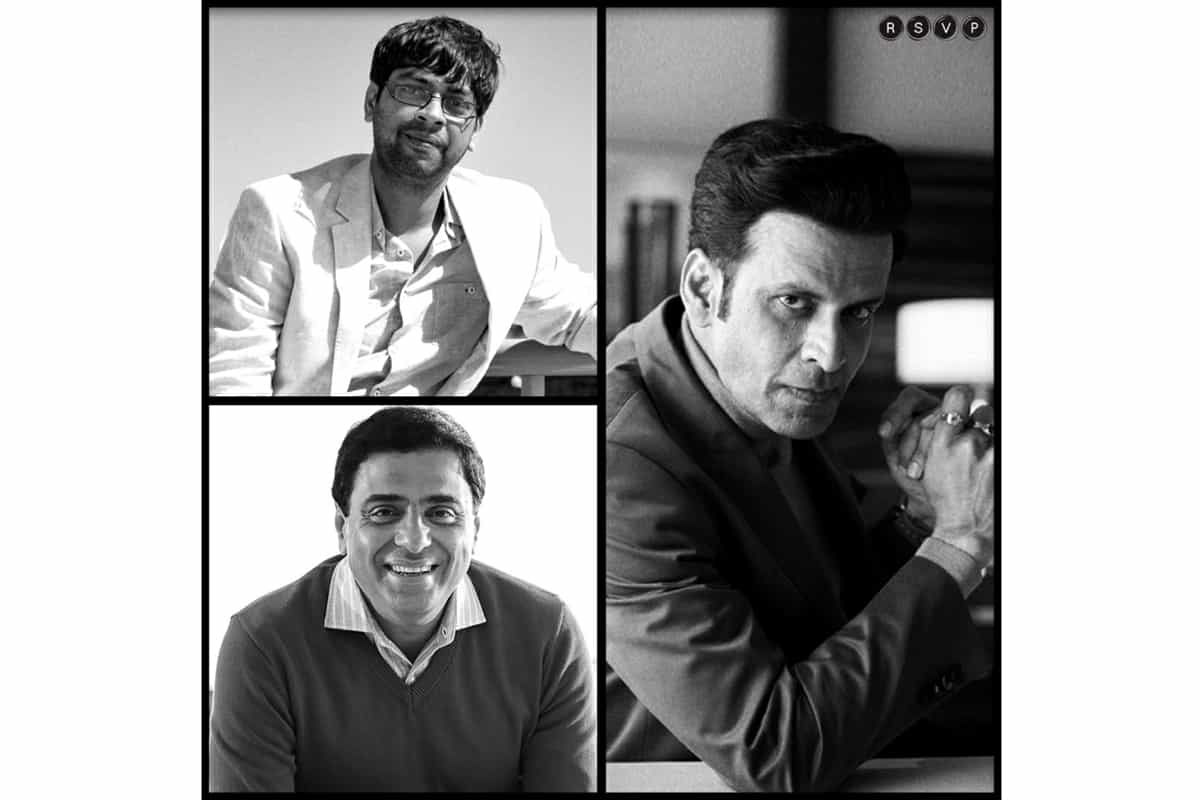 With the sharp focus on creating original content, Ronnie Screwvala’s RSVP is on a roll with their string of announcements. In the spirit of diversifying and creating cross-platform content, the creative production house now announces ‘Despatch’, their next direct-to-digital project that brings two powerhouse artists together.

Directed by Kanu Behl, a multiple award winning writer and director; ‘Despatch’ headlined by heavyweight Manoj Bajpayee, is an investigative thriller that unfolds in the world of crime journalism. The powerhouse actor plays a character who finds himself sucked into the murky underbelly of business and crime.

With the changing landscape of content consumption in the country, ‘Despatch’ with its distinct perspective and relevance is sure to resonate with audiences.

Kanu Behl, who made his debut with the formidable ‘Titli’ that premiered in competition at the Cannes Film Festival and went on to win a string of international awards, ventures into noir procedural territory; brought to life by Manoj Bajpayee, a recipient of two National Awards and a Padma Shri – truly making this a delight for every film aficionado.

Says producer Ronnie Screwvala, “The scope for storytelling is incredible right now with new platforms and evolved audience tastes. At RSVP we are focussed on developing our own scripts and screenplays and working with directors that share the common vision of storytelling. With its unique perspective and gripping storyline ‘Despatch’ is the kind of content we believe in.”

Says director Kanu Behl, “Despatch is a story I’ve been itching to tell for a while now. It reflects our lives and times and could not be getting made at a more pertinent moment. Collaborating with Manoj Bajpayee and Ronnie Screwvala on a piece that looks to push cinematic boundaries is exciting and I look forward to embarking on this journey.”

Adds acclaimed actor Manoj Bajpayee, “As an actor I want to be part of stories that I want to tell and that deserve to be told. ‘Despatch’ is one such film. With the digital age, our stories can now reach and be accessed by viewers across the globe and I’m confident this film will have many takers because it is relevant to our times. I am looking forward to collaborating with Kanu Behl who is well versed with the changing times and has total control on his craft of storytelling.”

Back to Top
Close Add post
X
Birthday Love: Five career defining roles of Preity Zinta…Bollywood31st January marks the 46th birthday of the very much loved Preity Zinta. Her dimpled smile has always managed to light up the screen along with her t…

X
In Video: Kanika Kapoor drops new single Long Nights…BollywoodMusic is a lot like literature. It can be pleasing, enlightening, even life-changing. A great song, like a great book, affects the listener in unantic…
close