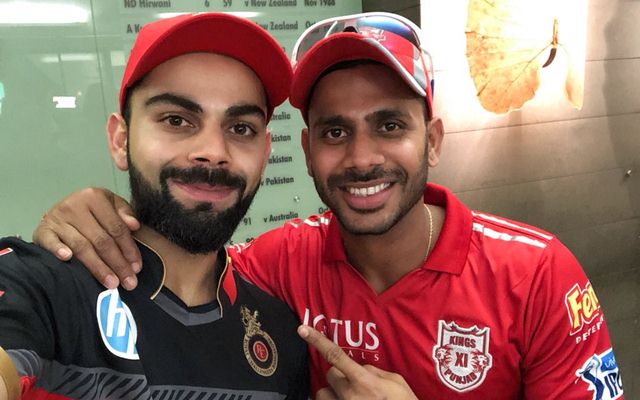 Manoj Tiwary praised Virat Kohli for inculcating fitness culture which has uplifted Indian cricket by leaps and bounds. The veteran Bengal batsman felt the fitness culture had affected domestic cricket at its grassroots.

Virat Kohli is one of the fittest cricketers on the international sporting circuit having represented India in 87 Tests, 251 ODIs, and 85 T20Is. He has over 20,000 international runs and is next to the likes of Sachin Tendulkar and Ricky Ponting as he has 70 international centuries.

Under Virat Kohli’s tenure as skipper, BCCI has increased its fitness levels by incorporating yo-yo tests and 2 km fitness tests as Indian cricketers have to work hard to increase their chances of qualifying for a berth in the squad.

Speaking to Sportskeeda’s Indranil Basu in an SK Live session on Facebook, Manoj Tiwary said, “A lot of credit has to go to Virat Kohli for bringing in that (fitness) mindset, especially after the last phase of MS Dhoni’s captaincy. He brought a change in the fitness levels. As always, he has remained a prolific run-scorer.”

“Even on a pitch where others struggled in Chennai, Kohli was out there scoring runs. Apart from the runs, he also brought in a fitness culture. He knew fitness would take the Indian side to a different level. That’s how the yo-yo tests came in.”

The yo-yo test level for the cricketers has been raised to 17:1. BCCI has also incorporated a new fitness parameter to run a two-kilometre time trial, which is now a global fitness standard employed by international cricket teams. It is understood that players have the choice to pick either of the two tests-the yo-yo test or the time trial, but the BCCI has made it mandatory to clear one of the two fitness tests. Fast bowlers have to run two kilometres in 8 minutes 15 seconds, the rest in 8 minutes 30 seconds.

The 35-year-old veteran Bengal batsman who featured in 12 ODIs and 3 T20Is for India thought that the fitness culture brought by Virat Kohli in the team has encouraged youngsters to work hard on the aspect of fitness.

“Even the budding youngsters in domestic cricket emphasise fitness knowing that if they aren’t fit enough, they don’t have a chance to represent India,” added Manoj Tiwary, who played 15 internationals between 2008 and 2015.

Manoj Tiwary was bound to achieve great things after he was selected in the Indian team but the spate of injuries and poor luck limited his presence thereafter he made his international debut in the 2007-08 Australian tour.

Manoj Tiwary also praised Ajinkya Rahane’s captaincy during the recently concluded Test series against Australia but stated that Virat Kohli’s captaincy record is “phenomenal” and rated among the best in the world as he is India’s most successful Test captain leading India to 33 Test wins.