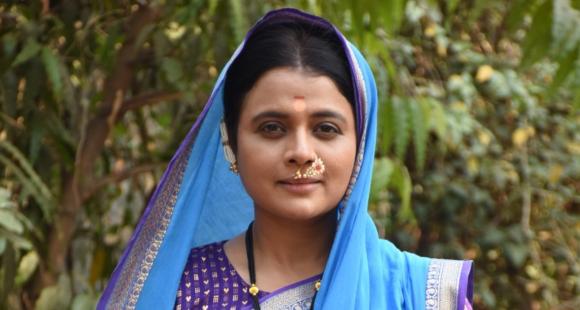 Bhargavi Chirmule, who has been part of many serials, is overwhelmed as she becomes part of Mere Sai show. Her track will show women’s hardships.

Sony Entertainment Television’s acclaimed show Mere Sai- Shraddha Aur Saburi that stars actor Tushar Dalvi in the lead role of ‘Sai’ welcome renowned actress Bhargavi Chirmule for the next chapter in the show. Bhargavi has worked in many movies and television serials. She has always been outstanding among the Marathi actors of today”s generation and will be seen making her way in Sony TV’s Mere Sai.  The upcoming track of the show will showcase Bhargavi Chirmuley in an extremely pivotal role.

She will be seen essaying the character of Chandra Borkar who is Sai Sister and has a happy family with two kids. However, one day her husband abandons the family as he wanted to attain enlightenment and therefore, he considered the duties toward his family to be an impediment in his way. Consequently, Chandra falls upon bad times. Sai stands by his sister and makes Chandra’s husband realize that one can attain enlightenment only through fulfilling their responsibilities.

Bhargavi said, “I am overwhelmed to be a part of such a vital track of Mere Sai and playing the role of Sai Sister. I believe Mere Sai is one of the most communicated shows on Indian Television that circulate positivity. The show touches the ground on such important and relevant issues and the viewers always have something to take away from each track. Sai Baba never differentiated between men and women and always stood by what is right and this is what will be highlighted in this track where he will make Chandra’s husband realize that women is nowhere less than man.”

The upcoming track will highlight the hardships women face in society who are abandoned by men and their families.