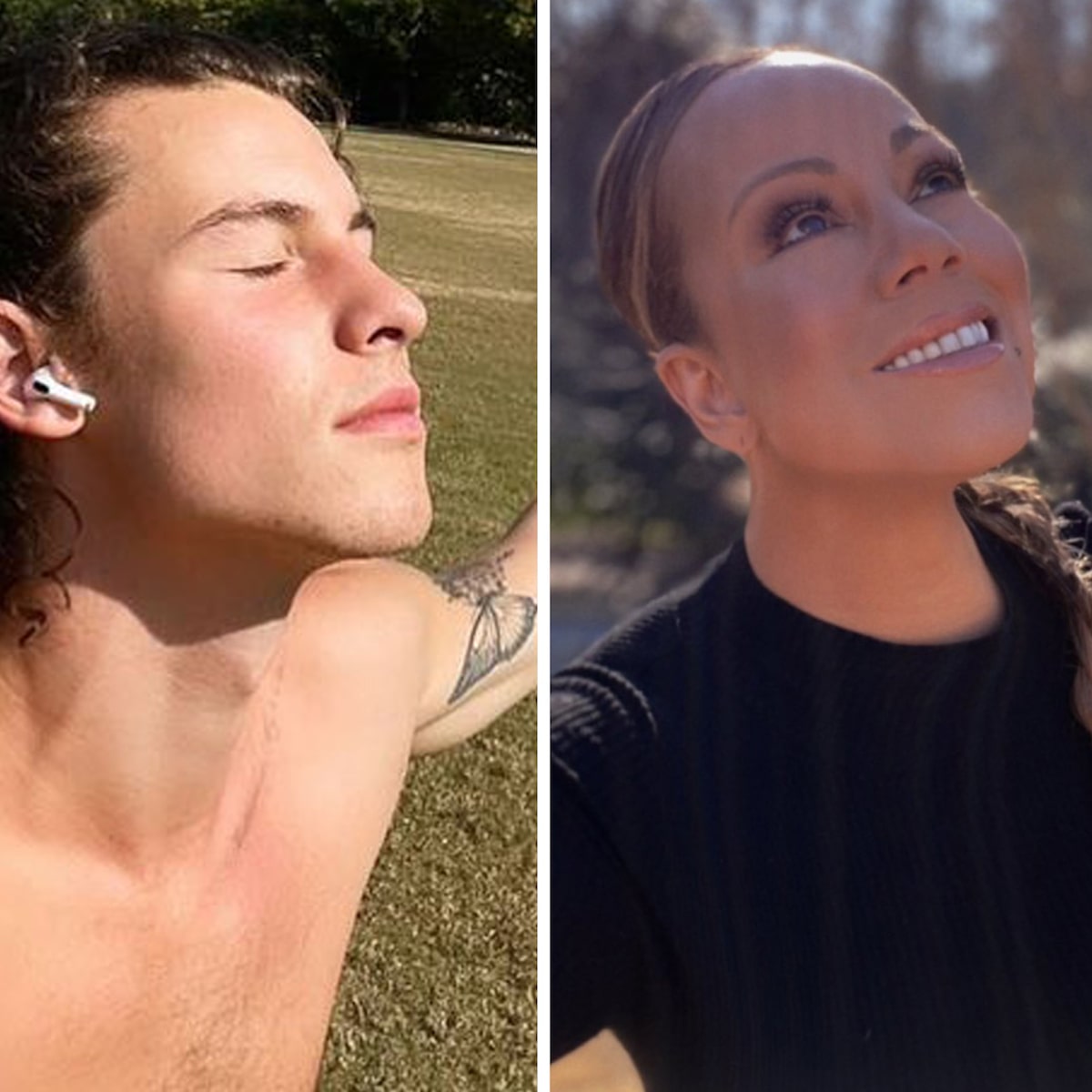 Shawn Mendes took to his platform of choice to show some appreciation to none other than Mariah Carey in a new post. As a result, the songstress sent the love right back in a pretty funny way!

It all started with Shawn posting a shirtless pic of him seemingly enjoying some great, sunny weather outside while listening to music, his eyes closed and arms outstretched while taking the selfie.

‘The sun, coffee, my health, my family, old Mariah Carey songs, music, humans!!!’ he wrote, naming a few things he is apparently really grateful for these days.

Not too long after he gave Mariah and her ‘old songs’ a shout out, she learned about it.

Mariah proceeded to recreate the picture, (although she did have a shirt on) and write a nearly identical caption alongside it, the only difference being that she replaced her own name, with his!

This interaction between the two artists made their fans really happy and they were definitely entertained.

Some also pointed out that she did seem to also throw a little shade about the whole ‘old’ thing.

Of course, others insisted that she was just sharing the love and showing Shawn her support.

Here are some of the comments on this: ‘QUEEN OF SHADE.’ / ‘Old shawn mendes songs – Mimi you too much.’ / ‘not yall thinking she’s shading shawn when she’s just recreating his post and caption lmao it’s supposed to be a joke.’

Sure enough, Mendes was not at all bothered by her recreating his post as he ended up retweeting it, including some laughing and heart emojis in the caption as well.

Another star that stopped to leave a comment was Charlie Puth, who asked Shawn ‘which Mariah song in particular.’

This prompted Mariah to leave a comment of her own, making it clear that she was wondering ‘the same thing!’

There is obviously some teasing going on but it’s all in good fun!