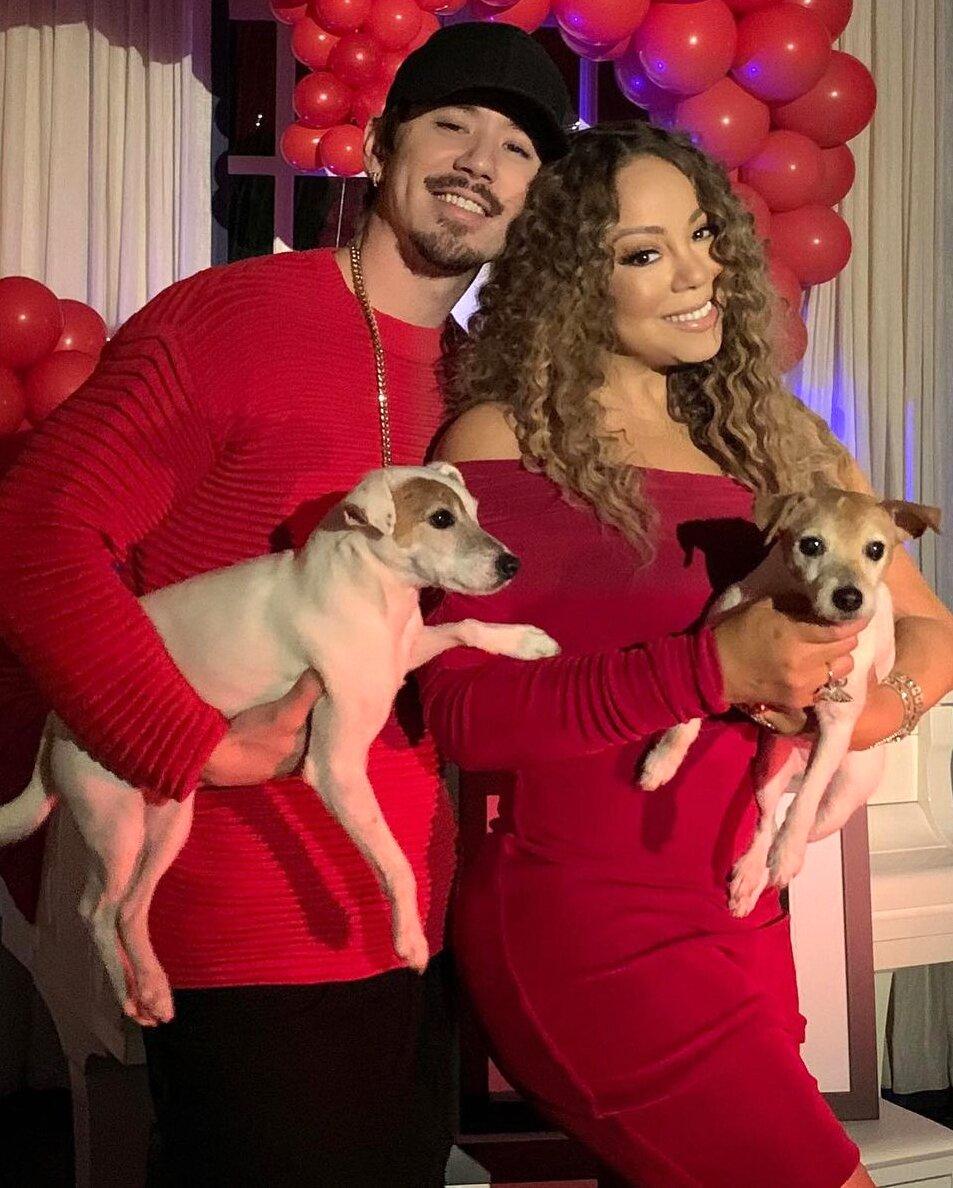 Mariah Carey is marking another trip around the sun!

The five-time Grammy Award winner — who refers to birthdays as anniversaries — was showered with sweet messages as she turned 51 on Saturday, including one from boyfriend Bryan Tanaka, 37.

“Today is my favorite day. Happy Anniversary my love!” he wrote alongside some throwback selfies of the pair.

She also received a tribute from pal Millie Bobby Brown, 17, whom she met thanks to her kids’ affinity for Stranger Things. The actress shared a selfie with Mimi to Instagram, writing, “happy (anniversary) to this queen. thanks for always being there for me. i love you so much!”

RELATED: Mariah Carey Reveals She’s ‘Talking About’ a Potential Movie or TV Series Based on Her New Memoir

“Team Jhud pls help me wish @mariahcarey A big Happy anniversary you are truly the best ! And I know how much you love Jhud productions, so we want to say to you here at Jhud productions, we take care of our own and we do consider you and all your lambs our own !” she wrote, referencing Carey’s fans. “Lol we love u!”

🦋Happy anniversary to my homie,tru friend and musical partner,the 1 and only @mariahcarey 🙏🏾 thank you for allowing me to be apart of your A mazing and legendary career,you know what it iz with me,I love you 4 life !! #HPRPCEO pic.twitter.com/qgB1QqwBsm

For his own post, producer Jermaine Dupri took to Twitter with some throwbacks of the pair together. Calling Carey his “tru friend and musical partner,” Dupri, 48, thanked the singer “for allowing me” to be a part of her “legendary career.”

Carey revealed to OUT Magazine in a 2014 cover story that instead of recognizing her age each year, she celebrates anniversaries of her 12th birthday, “Darling, I’m eternally 12-years-old.”

“As a kid I literally made this pact,” she added. “There had been some sort of argument with my mom and the man she was dating at the time, and somehow I became a part of it—I was around 8 or 9 years old, and I said, ‘I’m never going to forget how it feels to be a kid, and you can’t be seen or heard.’ It’s as though your opinion doesn’t mean anything, or your feelings are not real.”