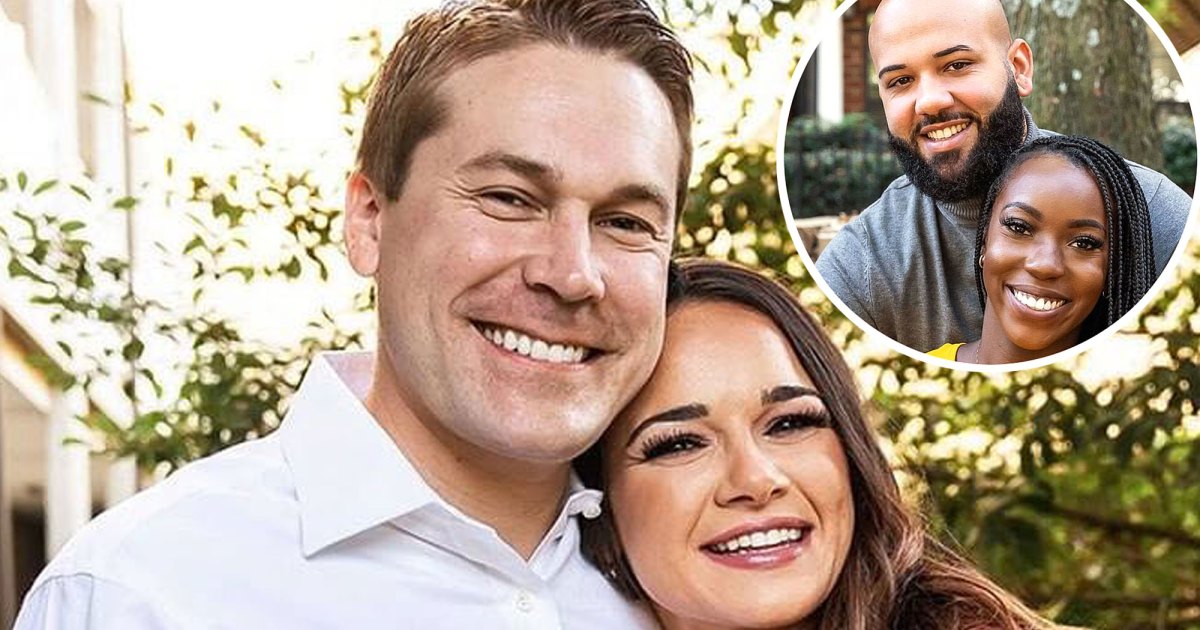 Couples are finding out if they have what it takes to make their love last in season 12 of Married at First Sight. Even though some duos had that initial spark and attraction, it looks they will all have their work cut out for them in upcoming episodes. Caution: spoilers ahead! Keep reading to get details about what to expect, including a surprise pregnancy, breakups and more.

Chris and Paige’s romance will be put to the test because the pair allegedly discovers that his ex is pregnant, according to the Instagram account @MAFSFan. People are wondering if the finance manager knew his former flame was expecting before filming the reality series about men and women who tie the knot with a complete stranger. Chris was engaged two times in the past.

It seems the baby bombshell caused quite a stir because rumor has it the duo’s relationship ends in divorce on Decision Day after celebrating their honeymoon together.

Paige described her experience on the show as “surreal” in a follow-up interview with online magazine MadameNoire published on February 5, 2021. “I always told myself I would never get myself caught up in something like this and then I get on a whole show that is documenting my love story. It’s a unique experience and I’m grateful for the opportunity because I’ve always wanted to be married — like I said in my introduction. This is something that’s always been a desire for me,” she said.

“Because [the previous engagement] was so soon, that was what was unnerving to me,” Paige added. “The desire of him wanting to be married is awesome. And clearly, he had intentions to marry this woman but for whatever reason it didn’t work out. The concern came up for me when he was saying that the time he had broken up with his previous situation and got into this marriage was so recent.”

So, what about Ryan and Clara? Reports claim they opt to stick together on Decision Day, despite having to figure each other out along the way. Haley and Jacob have also been a hot topic with their 10-year age gap and different timelines for having children. In the end, they both choose to divorce, Soap Dirt claims.

On the other hand, Brianna and Vincent reportedly choose to stay married, but they are not the only ones finding marital bliss. Virginia and Erik, a divorced military veteran, also make their relationship work.