Martian Sounds May Surprise Us After A Rover Lands Microphones There 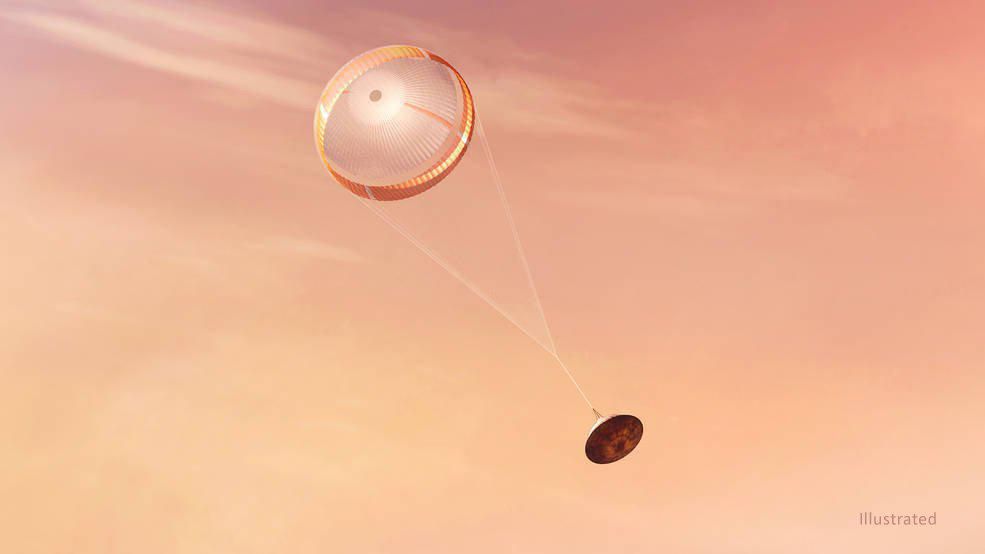 As NASA’s Perseverance rover prepares for an epic landing Feb. 18, toting a helicopter along, students of Mars will be nervous that day. That’s because the rover plans to bring microphones to the surface and there’s no guarantee the plucky machine will even make it.

The landing teams are adept, experienced and ready to face adverse circumstances, but space exploration is hard. The Mars Polar Lander, also equipped with microphones, failed during landing. The Phoenix lander made it to the surface, but the microphones didn’t work properly. Can Perseverance overcome their obstacles and learn from their tough missions? We can only hope it will make it through a complicated landing, dubbed “seven minutes of terror”, and roll out safely on the surface.

But if the rover makes it and we can “hear” what Mars sounds like, it will give us some insight into weather and other processes on the Red Planet surface. The sounds will be only slightly “off” what we hear from Earth, but not as dramatic as say, “someone’s voice before and after inhaling helium from a balloon,” NASA’s Jet Propulsion Laboratory said in a statement.

“The Martian atmosphere is only 1 percent as dense as Earth’s atmosphere at the surface and has a different makeup than ours, which affects sound emission and propagation,” JPL said, adding, “The rover carries a pair of microphones, which – if all goes as planned – will provide interesting and historic audio of the arrival and landing at Mars, along with sounds of the rover at work and of wind and other ambient noise.”

So what’s at stake if the rover’s microphones safely make it to the surface? A lot of interesting science. We’ll hear the sound of Perseverance’s laser transforming rock to plasma, as we learn more about the surrounding environment. A second microphone may pick up sounds like the unfurling of the rover’s parachute during landing, the winds of Mars pushing past the rover, and the wheels of the rover grinding on the surface.

You can bet scientists will analyze any sound differences from Earth due to properties such as temperature (very cold on Mars), density (very thin on the Red Planet) and atmospheric composition (remembering that Martian atmosphere is mostly carbon dioxide and ours, nitrogen and oxygen).

“All in all, it would be like listening through a wall,” stated Baptiste Chide, a postdoctoral researcher in planetary science at JPL and a contributor to the SuperCam microphone. “With the microphones onboard Perseverance,” Chide added, “we will add a fifth sense to Mars exploration. It will open a new area of science investigation for both the atmosphere and the surface.”

If we can listen in on Martian weather, this will provide yet another data point to better understand how the Red Planet behaves over long periods of time. Perseverance will also work closely with the NASA InSight lander and the long-running NASA Curiosity rover (which landed in 2012) to create the first weather station network on Mars.

This data will all be needed if we want to safely land humans on the Red Planet in the 2030s or 2040s — or whenever political will and budgets and technology allow us to get there.