Home News Masks, distances still away from people in public

Masks, distances still away from people in public 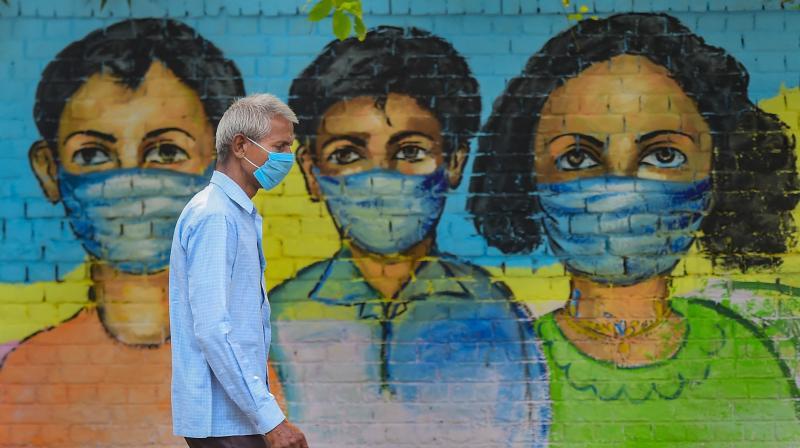 CHENNAI: Though the super spreader incident reported at Indian Institute of Technology Madras (IITM) after a brief  lull, the social distancing  is still a casualty in various parts of the City.

Social distancing, which is one of the key weapons in the battle against the ongoing Covid-19 pandemic, went for a toss in the city on many occasions following the government relaxed restrictions in public spots including markets, shopping malls  and places of worship. The downward trend of Covid 19 spread for the last few months has made people take the virus for granted.

It has been seen that people irrespective of children or elderly are regularly roaming around the Thiruvalluvar Salai road, one of the congested highways in Ramapuram, these days.

On Monday evening, a group including at least 50 devotees were found conducting pageantry around the Arasamaram temple near Ramapuram. Apart from this, every morning loads of guest workers without masks on even a single person’s face were seen being transported in trucks via Arasamaram temple road every morning.

The street vendors irrespective of fruit or vegetable or flowers in the area, can also be seen selling their goods either without wearing masks or wearing it improperly.

Selvi, a fruit vendor on the roadside, said that people lost the seriousness about the Corona as it has become no news and people started talking about vaccines. Everybody is now busy with getting back their business that collapsed due to the lockdowns’, she smiles.

P.N. Viswan, a resident in Ramapuram, said that people had started thinking that social distancing was a thing of the past. Recently I went to a famous temple at Vadapazhani where I saw hundreds of devotees without maintaining any kind of standard operating procedure. It’s the time for the authorities to make sure of standard operating procedures (SOP) at public places to avoid a fresh round of wave in the city’, he said.

‘Crowds violating social distancing norms are not uncommon in the city especially post Deepavali. The authorities are not strict in implementing these norms these days. Since the election is around the corner, the politicians don’t want to make rules strict. The news reports on the vaccine development have also made a psychological impact on people to flout norms. But it will still take many months to become a full fledged vaccine a reality and get it distributed. So violating social distancing now will be counterproductive’, said Dr. Rex Sargunam, President, Tamil Nadu Health Development Association.

Health Secretary Dr J. Radhakrishnan said that IITM local cluster was a lesson for the public as well. He said that so far 978 samples were collected from IITM. Out of which, a result of 25 is awaited. Of the 953 results received, 183 tested positive since December 1.

He said that that instruction has been given to the GCC authorities to conduct RT-PCR test for all people at the campus. He urged the people to make masks mandatory when they step out of home for any purpose. We have given instructions to all universities and colleges to follow Covid19 proto properly. If there is only one mess at the campus, the students should be provided food at the hostel rooms. If anybody fails to follow the rule, we would fine them’, he said.