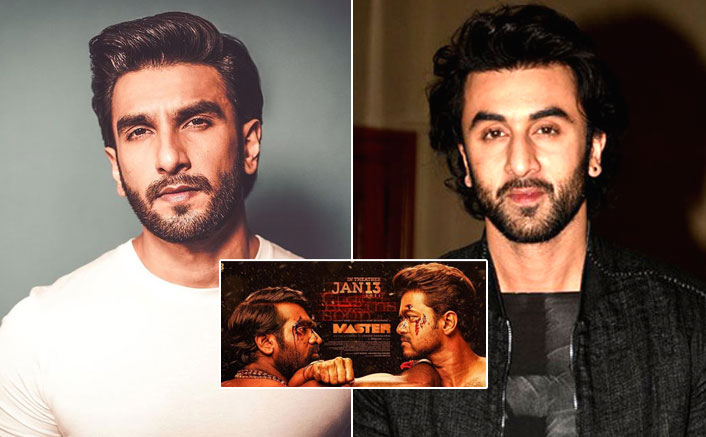 Thalapathy Vijay and Vijay Sethupathi starrer Master that made its way to the big screens on January 13, managed to bring back the confidence amid the audience to flood in the cinema halls. While the film is going strong and earning big at the Box Office even with the pandemic scare still strong, producer Murad Khetani has already laid his hands on the Hindi remake rights of the film. It is confirmed that the man behind Kabir Singh, is making the Hindi remake of Lokesh Kanagaraj’s directorial.

While Murad Khetani has announced the Hindi remake of Master and it’s all confirmed. It is also announced that the casting for the film will begin soon. Yesterday on Koimoi, as the speculations of a remake broke in, we ran an exclusive poll as to whom do you want to see reprise the power duo Thalapathy Vijay and Vijay Sethupathi.

Winning the poll with glorious votes is Ranveer Singh and Ranbir Kapoor. The audience wants to see the two Bollywood heartthrobs replace Thalapathy Vijay and Vijay Sethupathi in the Hindi remake of Master. Fans have been wanting to see Ranbir and Ranveer unite for a project for the longest time. In our opinion, Ranveer would definitely play JD with finesse and Ranbir can be the perfect Bhavani.

Talking about Master, the film and retained filmmakers’ faith in the big screen. After earning 35 crores on Pongal, the film earned 20 crores yesterday. No film that has released after lockdown has managed to do even close numbers these. Master is indeed huge. Still running on the big screens, the film has managed to cross the 50 crores mark already and now stands on 55 crores.

What is your review of Master? Tell us. Also, tell us your opinion on Ranbir Kapoor and Ranveer sing leading the remake in the comments section below.

Must Read: Milind Soman Answers User Who Asks If Marriage To A Younger Woman Decreases The Chances Of Cheating: “You Might Have Great S*x, But…”