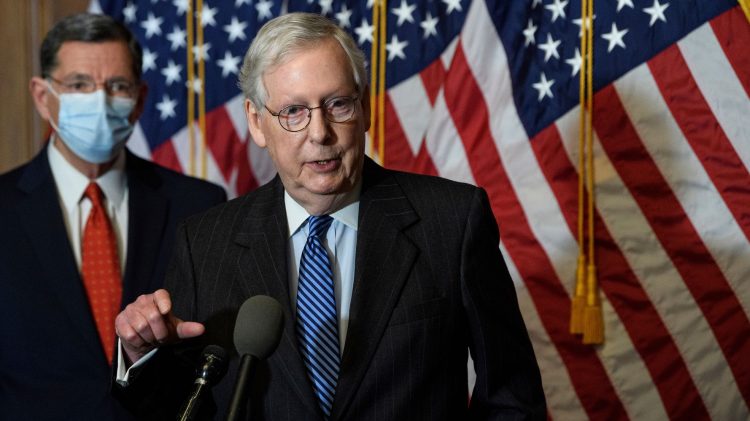 Senate Majority Leader Mitch McConnell (R-Ky.) on Tuesday punted on a House-passed bill to increase coronavirus relief payments to $2,000 despite mounting bipartisan support for the checks, including from President Donald Trump.

McConnell acknowledged that Trump, as he signed on Sunday the most recent COVID-19 relief package passed by Congress, also asked for action on three areas of concern for him, including the stimulus payments. The other issues on Trump’s wish list are intensified election security and lesser liability protections for social media companies.

The Democratic-controlled House on Monday passed a bill to more than triple the relief payments from the $600 in the bill Trump signed to $2,000, with dozens of Republicans voting in favor of it. The Senate’s Democratic leadership is pressing McConnell to bring the measure calling for $2,000 payments to a vote in the chamber, but the majority leader has so far refused to commit to that.

McConnell on Tuesday offered a vague preview of his legislative plan as the current congressional session draws to a close shortly into the new year. “This week, the Senate will begin a process” to bring the three issues raised by Trump “into focus,” he said from the Senate floor.