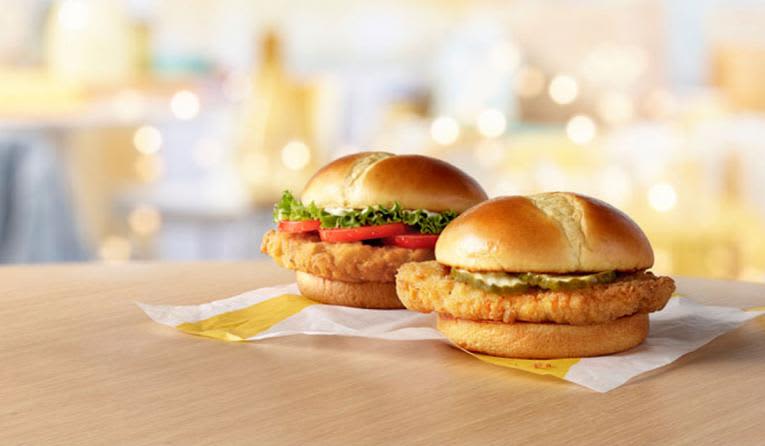 McDonald’s is going with lower prices to get an edge in the chicken-sandwich wars, while Restaurant Brands International’s Burger King is still evaluating its options, a Credit Suisse report said.

Burger King’s sister chain Popeyes kicked off the chicken-sandwich wars in August 2019 with the launch of its version of the menu item. Social media users pitted it against Chick-fil-A’s, and Popeyes’ sandwich quickly became a hit, driving double-digit growth in same-store sales and adding about $400,000 in annual sales for every location.

“We expect competition to heat up in 2021 as brands across segments elevate their offerings to take a bite out of the chicken category and enhance competitive positioning,” Credit Suisse analyst Lauren Silberman said in a note Friday.

McDonald’s is poised to launch its own take on the chicken sandwich on Feb. 24, and Yum Brands’ KFC is rolling one out nationwide by the end of the month. Burger King is still in the testing stages.

McDonald’s new Crispy Chicken Sandwich is undercutting its main rivals, Silberman said. The burger chain’s sandwich is being priced at $3.49 to $3.69 in test markets, compared with Chick-fil-A’s $3.75 sandwich or Popeyes’ $3.99 version.

McDonald’s may have learned a lesson from its last foray into chicken sandwiches. Its Buttermilk Crispy Chicken Sandwich, which was launched in 2015, was priced at a premium.

Silberman estimates that restaurants in McDonald’s’ test markets are selling about 125 to 150 Crispy Chicken Sandwiches a day on average. The analyst added that if restaurants hit the higher end of that range when the item launches nationwide, the sandwich could lift the company’s same-store sales by 4%.

Burger King, on the other hand, appears to still be working out its pricing strategy. Silberman said one of its test markets is pricing the new sandwich at $5.29, well above its rivals. But two other test markets are pricing the sandwich at a discount, of $3.49 and $3.89. In markets that aren’t testing the new sandwich, the burger chain usually charges more for its current chicken sandwich.

Burger King restaurants are selling an average of about 60 to 75 chicken sandwiches a day, according to Credit Suisse. The new sandwich could raise its same-store sales by as much as 4% if it sells 75 sandwiches per restaurant when it’s launched nationwide.