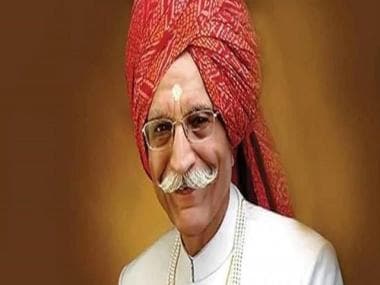 Dharampal Gulati, the owner of spices brand MDH or Mahashian Di Hatti, passed away on Thursday morning. He was 97 years old.

According to reports, Gulati was undergoing treatment for the past three weeks at a hospital in Delhi where he suffered a cardiac arrest.

Gulati was born in Sialkot (now in Pakistan) and later migrated to India in September 1947 after the partition.

According to his profile on the MDH website, Gulati briefly worked as a cart puller. With the money earned by doing meagre jobs, he established a small shop and named it after his family business, thus raising the banner of MDH of Sialkot.

Gulati officially established the company in Delhi’s Karol Bagh in 1959. The business did not just flourish in India alone but Gulati became a distributor and exporter as well. His company exports Indian spices to various parts of the world, including the UK, Europe, UAE, Canda, etc.

He was honoured with the Padma Bhushan, the third-highest civilian award in the country, in 2019.

“Dharm Pal ji was very inspiring personality. He dedicated his life for the society. God bless his soul,” Kejriwal tweeted.

Dharm Pal ji was very inspiring personality. He dedicated his life for the society. God bless his soul. https://t.co/gORaAi3nD9

“India’s most inspiring entrepreneur, MDH owner Dharm Pal Mahashay passed away this morning. I have never met such an inspiring and lively soul. May his soul rest in peace,” said Sisodia.

Gulati was reportedly the highest paid CEO in the FMCG sector in 2017. His company MDH had posted a 15 percent jump in revenues to Rs 924 crore with a 24% increase in net profit at Rs 213 crore, according to an Economic Times report.