Meena Harris has a personal brand. Some fear she's profiting from her Aunt Kamala's office 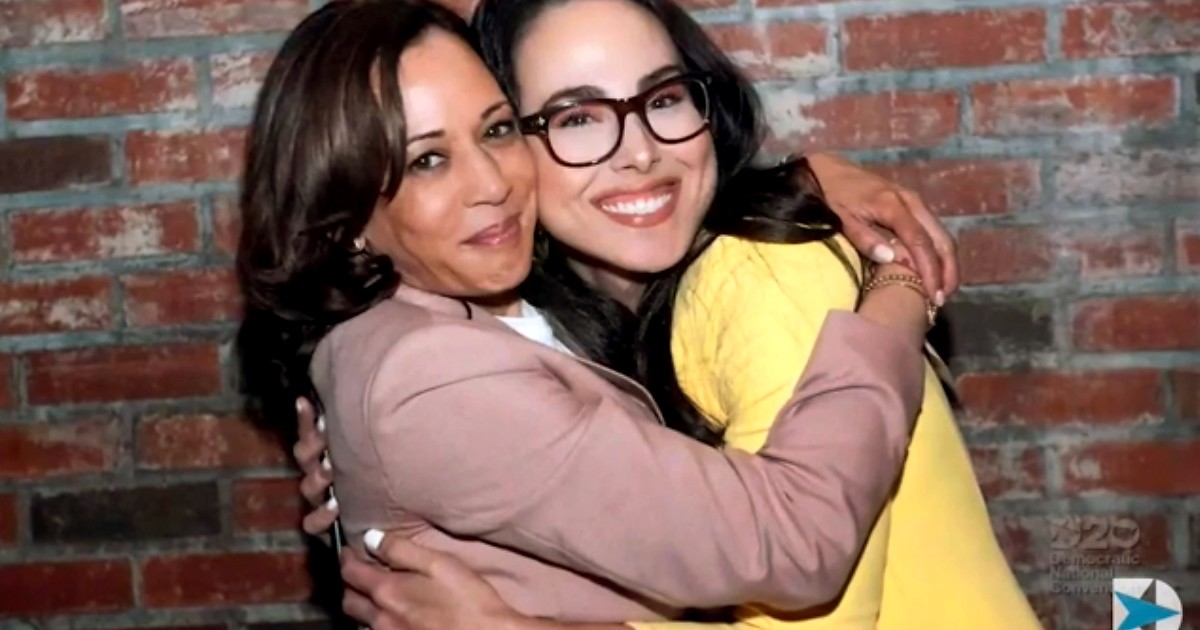 Five days before Kamala Harris was sworn in as vice president, her niece, Meena Harris, appeared on the “Today” show for an interview conducted by Jenna Bush Hager, daughter of former President George W. Bush.

Meena discussed the historic nature of the moment, along with a pitch for her latest children’s book, “Ambitious Girl,” released on the eve of the inauguration. She wore a pink sweatshirt emblazoned with the word “Ambitious” in large type, plugging a popular item in her Phenomenal brand clothing line.

All this as pictures of Meena and Kamala Harris flashed across the screen.

The television appearance, like others in recent months, demonstrated the degree to which the 36-year-old social media influencer has meshed her personal brand with her aunt’s ascendant political career.

A current White House official who watched the segment was taken aback. Meena, who was an unpaid campaign representative, would not have been given the prominent platform — or appearances on “The View” and spreads in glossy magazines — if she weren’t the vice president’s niece. She has used that publicity to promote her lifestyle brand, which has over time capitalized on Kamala Harris’ name, likeness, life history and political slogans to produce clothing, videos, bestselling children’s books and designer headphones.

Her promotional activities and close involvement in her aunt’s career have long raised eyebrows among Kamala Harris’ aides and advisors.

The younger Harris — a Harvard-trained lawyer who previously worked at Uber along with her stepfather, Tony West — started a company four years ago that sells socially conscious T-shirts and sweatshirts, often worn by celebrities and posted on her Instagram, TikTok and other social media accounts alongside selfies she takes with her aunt.

There is increasing concern that the personal branding endeavors will bring the vice president unwanted scrutiny now that her stature is at a new high.

“Some things can’t be undone,” said the White House official, who would only speak anonymously to discuss one of the most sensitive and personal issues in the Biden-Harris White House. “That being said: Behavior needs to change.”

Vice President Harris and President Biden campaigned explicitly against the Trump family’s self-dealing and were put on the defensive over Hunter Biden’s foreign business entanglements.

The president has recently faced renewed questions over his brother Frank, whose Florida law firm has sought to promote its White House connection.

They do not rival the entanglements created by the family of former President Trump. A business led by his sons Eric and Donald Jr. and owned by Trump profited from allied political groups and depended on foreign governments while he sat in the Oval Office. His daughter Ivanka and son-in-law, Jared Kushner, held major interests in a lifestyle brand and family real estate businesses while they served as senior advisors to the president.

But there are growing concerns that Meena, in a smaller way, is leveraging her aunt’s position, joining a long line of family members who have caused varying levels of political agita at the White House.

Roger Clinton, accused of lobbying brother Bill Clinton for pardons, was code-named “Headache” by the Secret Service. Jimmy Carter’s brother Billy promoted Billy Beer along with his rogue image while his teetotaling brother held office. Neil Bush was involved in a troubled savings and loan while his father, George H.W. Bush, was vice president.

“We’ve been attacking the Trumps for years on all of the gross grifting,” said a former advisor to Kamala Harris, speaking anonymously to avoid alienating her. “We ought to be much cleaner.”

After Biden and Harris won the election, the transition team’s ethics lawyers told Meena that she could no longer produce clothing or write new books with her aunt’s name or likeness, according to a White House official.

Meena would not say whether she continues to collect royalties from her first book, which features her aunt’s name and image on the cover. A White House official said the book, along with “Vice President Aunty” sweatshirts, Harris-themed swimsuits and other products previously sold, were not allowed under the current rules.

But even after the briefing with ethics lawyers, Meena flew to the inauguration on a private plane with a Biden donor and posted about the trip on Instagram, which was first reported by Politico. She launched a production company that produced a video with a political group to celebrate her aunt. And she collaborated on special-edition Beats by Dre headphones that used a slogan popularized by Kamala Harris — “The first but not the last” — and that were sent to celebrities.

In addition, Phenomenal’s online store continues to sell a sweatshirt that reads, “I’m speaking,” a Kamala Harris quote that went viral after she said it while debating then-Vice President Mike Pence.

During the campaign, Meena also made profane “Get out the vote” T-shirts and other apparel that blurred the line between private interest and campaign activity, and she would not say whether the proceeds went to political groups. The Biden-Harris campaign, which at one point named Meena as a co-designer on a Kamala-themed shirt it was selling, removed her credit to avoid the appearance that she was benefiting, according to an official.

Meena told the New York Times Style section: “I’m my own person with my own views and my own platform and my own aspirations.”

She was also defiant in recent days after stirring controversy in India with social media posts supporting anti-government protesters there and condemning “Violent Hindu Extremism.”

“I won’t be intimidated, and I won’t be silenced,” she tweeted Feb. 4.

She declined to answer written questions or agree to an interview for this story.

“Since the beginning of the campaign, I have insisted on upholding all legal and ethical standards and will continue to strictly adhere to the ethics rules of the Biden/Harris White House,” she said in a statement provided by a public relations firm. “With regards to Phenomenal, it was always our plan to remove the likeness of the Vice President from the website before the Inauguration, and refrain from using her likeness in any products or campaigns going forward.”

All family members get added attention when a relative is elected president or vice president. Harris’ stepdaughter Ella Emhoff recently landed a contract with IMG Models.

Her staff could not say whether the vice president, who shares a birthday and a particularly close bond with her niece, has discussed the issue with her.

Meena, whom Maya Harris raised as a single mother with help from her sister and their mother, has also taken official and unofficial roles advising her aunt.

While still in her 20s, Meena was named a deputy campaign manager in her aunt’s 2010 campaign for California attorney general. She was an official surrogate for the vice presidential campaign, but was brushed back by advisors when her LinkedIn resume briefly said she was a “senior advisor,” according to a former official, who said Meena removed it after being told that was not her title.

“You can’t fight the family because you’re always going to lose,” said Gil Duran, who briefly worked for Harris when she was state attorney general, and is now editorial page editor of the Sacramento Bee. “You have to find a way to diplomatically undermine the family and put their observations and advice off to the side to do your job.”

Duran remembers fending off Meena when she wanted to post screenshots on social media of a Vanity Fair magazine spread on Kamala Harris before the images were published online.

“I had the attorney general asking me, ‘Why aren’t we doing that?’” he recalled.

Duran told her it would look bad to use the magazine’s copyrighted material without permission.

The Biden White House has posted an aggressive ethics policy for appointees but has not published rules for family. An aide said there is a process for family representatives to review questions with the White House counsel’s office as they arise.

The administration has said it will bar family members from serving on boards of foreign-owned companies and will generally forbid them from private-sector activities that create an appearance of a conflict of interest.

“The Vice President and her family will uphold the highest ethical standards and it’s the White House’s policy that the Vice President’s name should not be used in connection with any commercial activities that could reasonably be understood to imply an endorsement or support,” vice presidential spokeswoman Sabrina Singh said in a statement.

Richard Painter, who was ethics czar for President George W. Bush, said Kamala Harris has limited control over her family members: She can legally forbid them from using her name and likeness; she can implore them not to get on private planes with contributors; and she can restrict contact between administration appointees and family members.

But if Meena travels on private planes with campaign donors or uses her aunt’s name for personal benefit, he said, “I’m not sure I’d want her around in the next vice presidential campaign.”