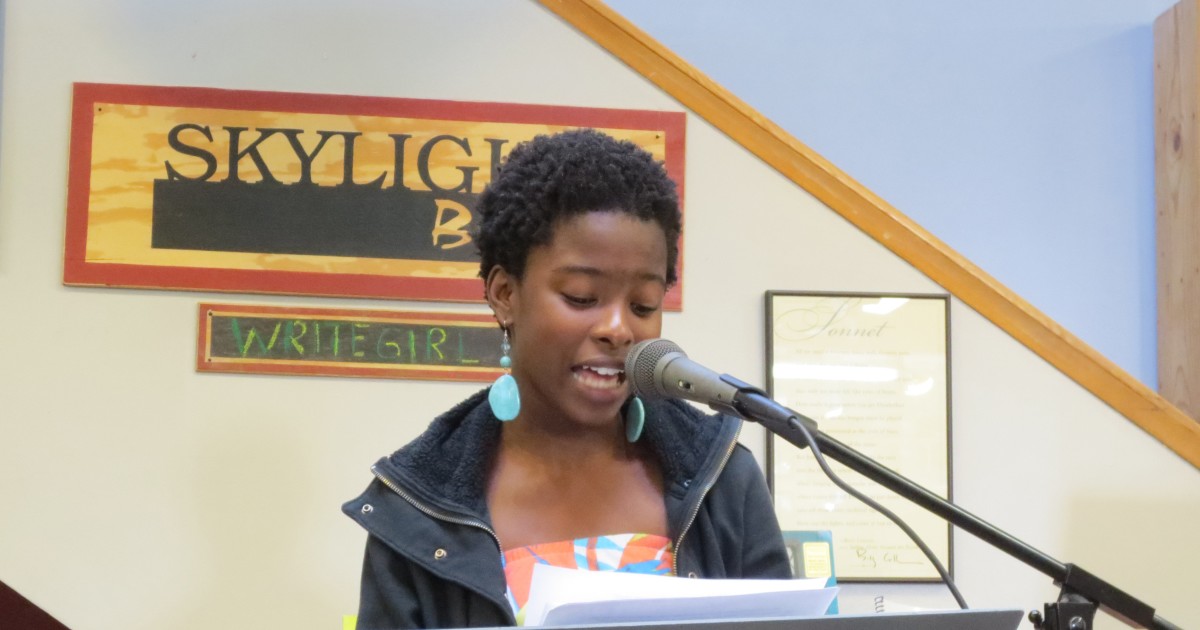 From her home in View Park-Windsor Hills, she watched National Youth Poet Laureate Amanda Gorman take the stage at the Capitol. And as the 22-year-old stood before a sea of state flags and the Washington Monument and read “The Hill We Climb,” Fredman recalled the precocious little girl who’d listen raptly to her class readings.

At New Roads, a private school where students address their teachers by first name, school-wide video calls usually take place on Fridays. But last Wednesday was a special occasion. Students and staff took a break from their weekly routines to tune in and watch one of their own — including a gaggle of third graders who recognized the poet. At Fredman’s request, Gorman had visited their virtual classroom, read their poems and sent individual feedback.

Gorman credits Fredman with introducing her to the power of metaphor. But after hearing Gorman recite “The Hill We Climb,” the educator with nearly two decades of experience thought: “If we do it right, they become the teachers.”

Over in West Adams, New Roads English teacher Alexandra Padilla watched the performance from her couch, huddled with her two children.

She still keeps a poem Gorman wrote in 10th grade, in the style of Sandra Cisneros’ “The House on Mango Street.” Padilla declined to share the poem out of respect for her former student’s privacy. But she noted that, like the 2015 #likeagirl ad, Gorman’s “Girls Like Us” uses repetition to turn a sexist phrase on its head.

“Amanda’s a writer,” said Padilla, “so she read that book as a writer. Even then.”

Padilla still remembers Gorman’s early ambition and resolve. After learning about Nobel Peace Prize winner Malala Yousafzai, who stood up for girls’ education in Pakistan, Gorman made up her mind to participate in an annual meeting on women’s rights at United Nations headquarters in New York. She asked her campus feminist group to sponsor the trip but was told she was too young. Undeterred, Gorman applied for a fellowship through another organization. And she got it. “She was that kind of student,” said Padilla.

Out in El Sereno, Keren Taylor sobbed when she saw Gorman leave the inaugural stage. In 2001, she founded WriteGirl, an organization that pairs young writers with mentors and runs workshops on everything from poetry to screenwriting. Gorman expressed her gratitude for the organization in a post-inauguration interview with Anderson Cooper.

Journalist Michelle Chahine Sinno, who was one of Gorman’s two WriteGirl mentors, watched the inauguration from her home in Silver Lake. She recalled giving the young poet a book by Maya Angelou back when they used to meet at the Coffee Bean & Tea Leaf in Santa Monica. Now, at just 22, Gorman was following in the author’s footsteps, wearing a ring with a caged bird, a gift from Oprah Winfrey in homage to Angelou’s “I Know Why the Caged Bird Sings.”

WriteGirl, the winner of the 2020 Times Innovator’s Award, is open to all Los Angeles students in grades eight through 12 who identify as girls or nonbinary. The group does not hold writing contests but instead encourages participants to take a stab at every genre it has to offer, enabling them to broaden their skills and find new ways to advance their craft. The focus, said Taylor, is on ideas, words and personal development, not competition.

When hearing that a male classmate at Harvard told Gorman that her writing was “too confident,” Taylor laughed. WriteGirl mentors also model how to respond to criticism, particularly when it’s not constructive. And she had no doubt that Gorman was able to hold her own.

At WriteGirl, she added, young poets are taught not to say “thank you” when they finish reciting their work before an audience.

“Leave them with the last line,” they’re told. On Inauguration Day, Gorman did just that.