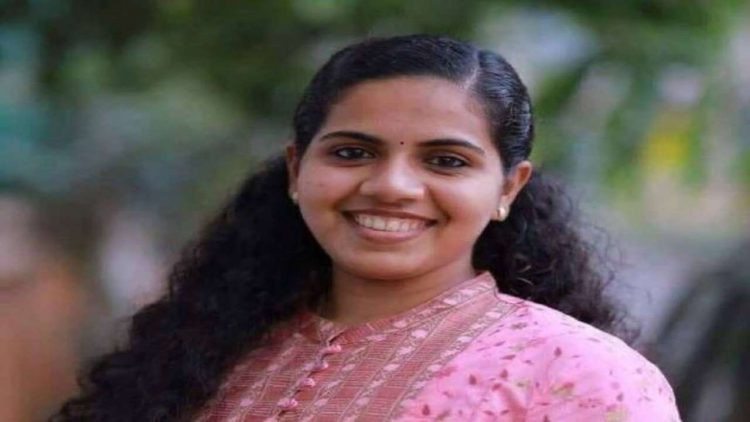 21-year-old Arya Rajendran, who successfully contested the recent civic polls in Kerala, is set to become the next Mayor of Thiruvananthapuram Corporation. She will be the youngest ever to occupy the post in the country.

The youngest mayor in the country until now was Sabitha Begum who had headed the Kollam Corporation at the age of 23, reported PTI.

The ruling CPI(M) on Sunday officially declared Rajendran as the party-led Left Democratic Front’s mayoral candidate in the election to the post to be held on Monday.

“The party district committee has decided to field S Arya Rajendran as the mayor candidate on behalf of the LDF and Suresh Kumar as the District panchayat president of Thiruvananthapuram,” it said in a statement.

The CPI(M) in its Twitter handle said she will be the youngest mayor of a major city in the world.

Rajendran, a second-year BSc Maths student of the All Saints College, on her electoral debut, won from the Mudavanmugal ward by bagging 2,872 votes, 549 more than her nearest Congress rival. Incidentally, it was also the first time she could cast her vote in the local body election due to her age.

She said that as a Mayor, her top priority would be on waste management in the city. “Our city is beautiful. To keep it like this, it should be free of waste. Besides a scientific waste management system, a thorough awareness is needed among people not to dump waste in waysides” Rajendran had told the media earlier.

21-year-old Rajendran is a state committee member of the Students Federation of India (SFI) and also the state president of Balasangam, the children’s wing of the Left party.

She is the daughter of CPI(M) activist K Rajendran, who is an electrician by profession, and Sreelatha, an LIC agent.

In the recent civic polls, the LDF has won 51 wards in the 100-member prestigious corporation of the Kerala capital. The opposition UDF bagged ten, the BJP 34 and others won five wards.

An ardent fan of Chief Minister Pinarayi Vijayan in politics and superstar Mohanlal in cinema, the Mayoral candidate has also said she wants to continue her studies as much as she can.

The LDF has also fielded at least four women, in the age group of 21-23, as its candidate for the posts of president of four grama panchayats in the state.

Senior BJP leader and former Maharashtra Chief Minister Devendra Fadnavis had become the mayor of Nagpur Municipal Corporation at the age of 27.